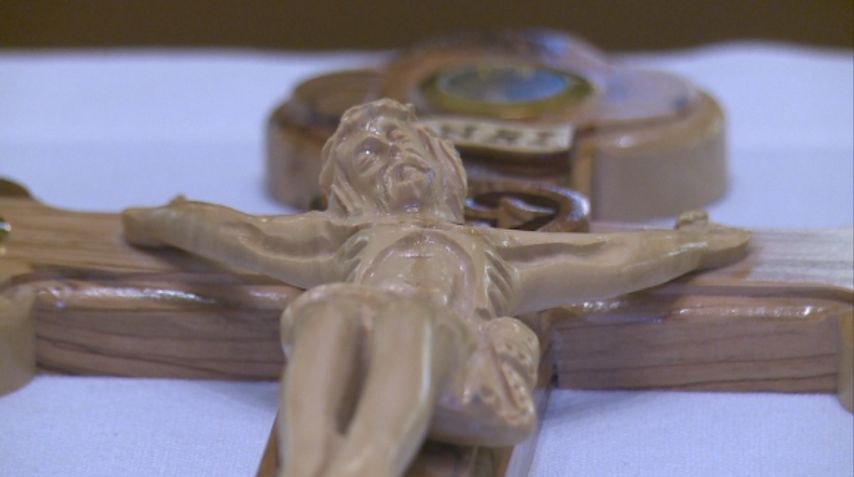 "As brothers and sisters in the Lord, we are family," McKnight said. "When one suffers, we all suffer."

McKnight became bishop about six months ago. He said as soon as he arrived he began investigating the files of all living clergy in the Diocese.

"In matters as grave as sexual abuse, I know I should not make decisions alone or with a small group of clergy advisors," he said. "I want to work together with you, all the people of the Diocese."

McKnight confirms the Diocese has no clergy "in active ministry" with violations pertaining to sexual abuse.

John "Jack" Pender, a priest listed in the Pennsylvania grand jury report, left the Diocese of Scranton in 1968. He then was assigned to the parishes of St. Robert and St. Cornelius in the Jefferson City Diocese in the 1970's and 1980's.

“It seems to me his main concern is for protecting young people and adults too who are vulnerable," he said.

When it comes to his parish, Doyle spoke about the uncovering of clergy abuse in Pennsylvania in all of his sermons over the weekend.

"Many people came up and thanked me for simply talking about it," he said. "I think the worst thing we can do when something like this comes out is not to address it."

The Catholic Church has received criticism throughout the years about abuse by clergy members. Doyle said he has seen people judge all Catholics based on the acts of just a few.

"It's no different than thinking all Muslims are terrorists or all people of a certain ethnicity are a certain way,” he said. “It just doesn’t make sense to judge everybody on the actions of a few."

Doyle said it is most important to keep the victims of the abuse in mind when addressing the subject.

"Primarily, there was harm done to victims," he said.

But the victims aren't the only ones affected by the accusations.

"It does tend to really affect people’s faith. Sometimes people stop coming to church out of frustration and anger and confusion," Doyle said.

When this happens, Doyle said it is important for the parish to express its feelings.

"The main thing is to just really be open about everything because I think that can only help everybody," he said.

McKnight said he encourages the public to come forward with complaints and accounts of sexual abuse in the Diocese by contacting Nancy Hoey, Victim Assistance Coordinator at 573-694-3199.

"Even if you don't find it necessary to do this for your well-being, I ask you to consider coming forward anyway to help others heal and move forward," he said.

The Diocese said it has no tolerance for clergy abuse.

"Sexual abuse of children is a crime and a sin," it said. "We will continue to do everything we can to protect our children and help them grow in God's grace and mercy."