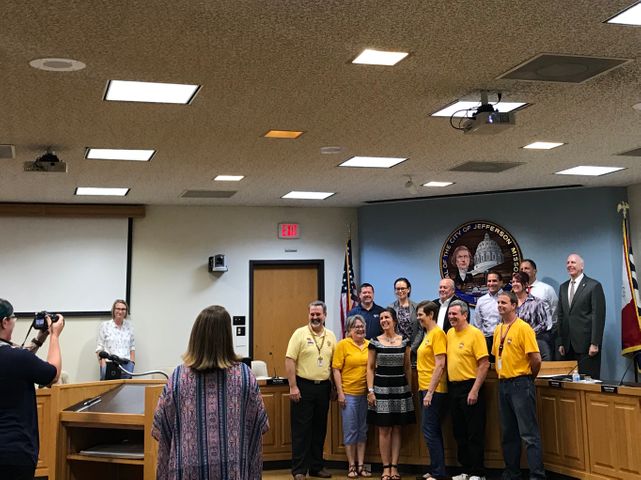 JEFFERSON CITY - Initial estimates show Jefferson City has spent more than $4.2 million in disaster recovery efforts in response to the tornado and flooding this past summer.

According to the cost summary discussed at Jefferson City Council Monday night, the city estimates they spent $1,544,880.79 on tornado recovery and $2,699,678.94 on flooding recovery.

“It’s not the total proceeds from insurance or what we anticipate getting reimbursed from the state and federal governments,” he said. “It’s really just a look at a particular point in time.”

The estimates also do not include individual aid given to households.

They do, however, include things like costs of emergency responders, demolition and equipment rental.

Kristin Sills, a Jefferson City resident, said she thought the city used their resources well when the tornado initially struck.

“I think they did a fast recovery,” she said. “They got things up and running quickly, especially with the power companies.”

Sills said she had “cosmetic damages” to her home, including a damaged roof and broken windows. Her total repairs were around $7,000, and she got the majority of it covered through homeowners' insurance.

“It’s still a shock,” she said. “It’s people a block away from me that lost everything.”

Governor Mike Parson announced Monday evening that FEMA approved Missouri’s request for disaster reimbursement in 14 counties, including Callaway County. Crowell said Jefferson City will ask for reimbursements once they have a better idea of finalized costs.