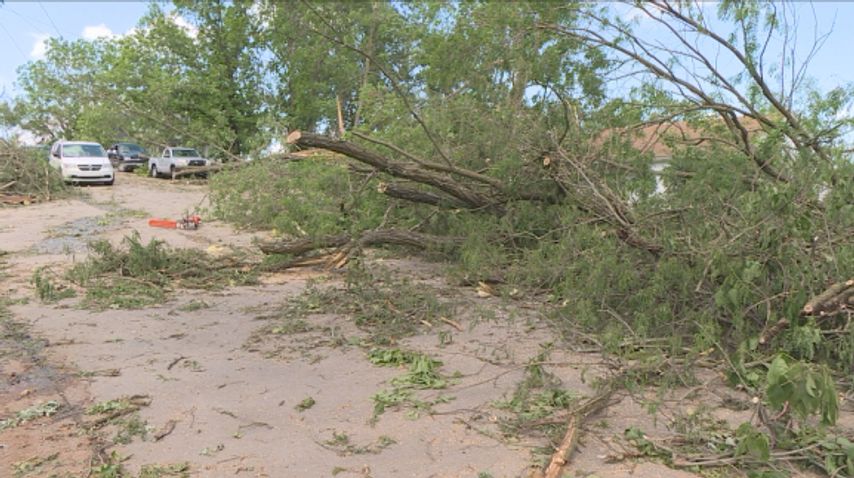 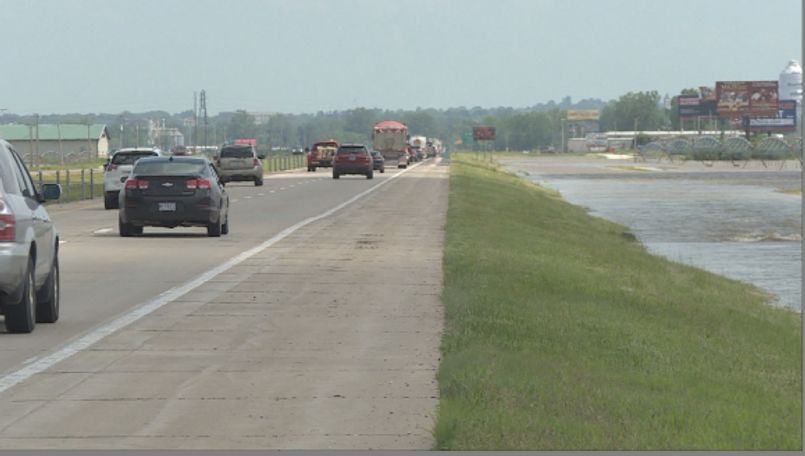 JEFFERSON CITY - Neighbors in Jefferson City were already watching the Missouri River rise, but no one planned on an EF3 tornado tearing through town. Now, the city and its residents are facing clean up from not one, but two natural disasters at once.

"It's hard to describe. You think you're about out of it and then you come around the corner and you see that," said Chad Horton while trying to describe the scene along Jackson Street.

Horton, the associate pastor for the Solid Rock Church, spent much of his day in the neighborhood, an area right in the path of the tornado. Streets were littered with trees, power lines and other debris. Houses were missing roofs and siding and were plastered with flakes of yellow insulation.

Horton and his fellow church members have worked since the tornado hit to help neighbors clear their driveways and yards.

"We're moving debris, but we're really helping people move beyond what this moment entails and helping them get back to the little bit of normalcy," he said.

As difficult as the tornado aftermath is to look at, it's only a short drive to find another unbelievable view along Highway 63. That's where drivers were passing the Missouri River just feet from their cars.

Jaye Johnson stopped along the shoulder of the highway to take some photos.

"It's real scary, actually," she said. "Flooding, the tornado, the destruction, I feel for them. I pray for all of them."

Mother nature's one-two punch has left the area dealing with multiple clean up efforts at once. One non-profit, Building Community Bridges, said it's up to the fight.

"Rain or shine, floods or tornadoes, we're here and we're here for you," said Alicia White Edwards, the group's executive director of operations. "We are just trying to be there for those that really, really need it. These are people who probably don’t have renters insurance or a car."

At the group's building on East Ashley Street, some volunteers served meals and collected donations, while others passed items out door to door.

"We take charge, we take action and find a solution to the problem," the group's president, Lorenzo Davis. "Showing people that we care, that somebody here cares."

The efforts of Building Community Bridges helped people like Joyce Henry, whose home was damaged by the tornado. She came to the non-profit Friday evening for a meal.

"They're angels from God and I really do thank them," she said.

Henry said she was at home when the tornado came. She said it sounded like a freight train whistle. The twister tore off the back of her house and the garage and left a hole in the roof.

"I’ve been in that house for about 20 years. It’s hard. I'm ready to get cleaned up and not have to look at it no more," she said.

While the scenes of tornado damage and flooding can be difficult to process, talking about the strength of the community is easier.

"Jeff City has really amazed me the way they came together to help out," Davis said.

Horton said, "When something like this happens, it's just your neighbors right here and you take care of each other."