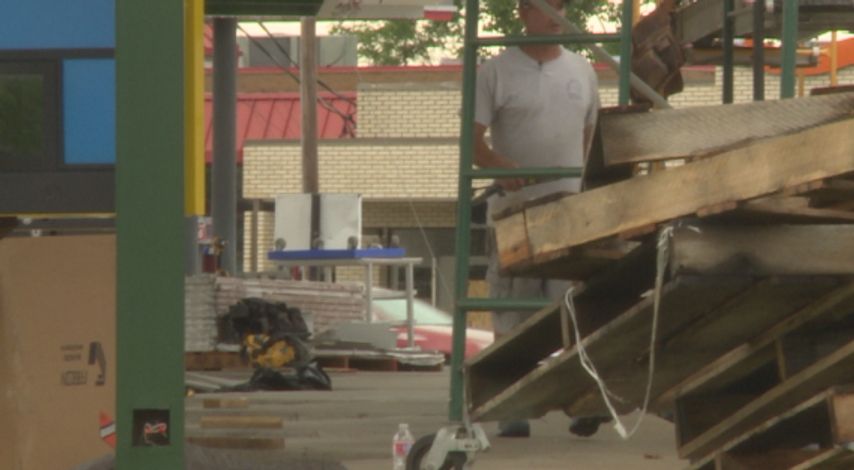 One part of town that was hit particularly hard was Ellis Boulevard. There are still signs, light poles, tree branches and bundles of wood scattered.

Some parts of the block are worse than others.

Sonic restaurant on Ellis Blvd. has yet to open and has a clean-up crew there every day.

Capitol City Cheer opened back up about a week and a half after the tornado. Its owner, Ron Swanson thinks his business was able to open quickly because it had the luxury of "20-30 volunteers here every day."

"I'm guessing we will be back to normal in like mid-August," said Swanson.

"We got really lucky, to be honest," said James Stewart, the American Ninja Warrior Coach.

KOMU reached out to Jefferson City Public Works, but did not hear back.