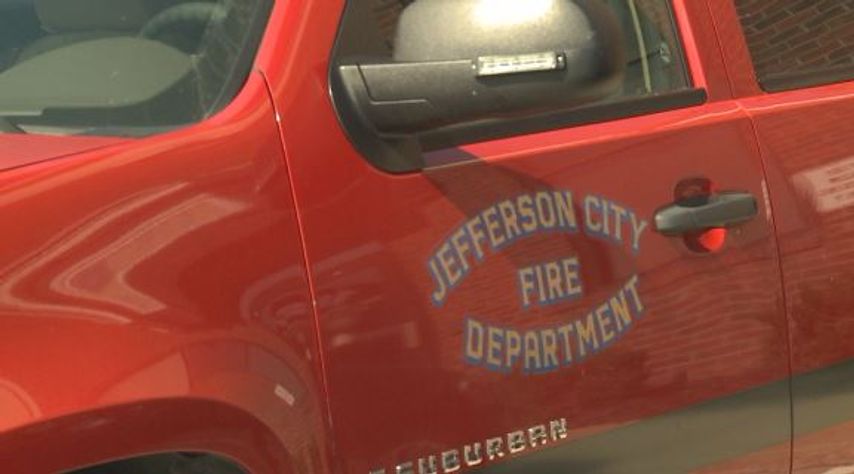 JEFFERSON CITY - When Matthew Schofield landed in the Virgin Islands, he thought of Joplin.

The Jefferson City Fire Chief went to the Caribbean as part of Missouri Task Force 1's cleanup mission after Hurricane Irma ripped through the region.

"Your heart breaks for all these people because you know what they're going through, and you know that it's going to take a very long time for them to return to any sort of normalcy," he said.

Schofield worked as the division group supervisor for all of the Urban Search and Rescue resources on St. John. He was on the island for seven days.

"It was very challenging, without any communication, and that was probably the biggest hurdle for us. In addition to just the overall devastation on the island."

Schofield was deployed out of St. Louis on Sept. 4 to Washington D.C., and then arrived in Puerto Rico, where they stayed to ride out Hurricane Irma. After the storm he was sent to St. Thomas to do initial reconnaissance and search and rescue. He was then sent to St. John by helicopter since there is no airport on the island and the ferry port was closed.

He said it was very difficult to efficiently coordinate resources and work without the ability to communicate. They did have satellite phones that worked intermittently.

Schofield said the lack of communication also made it very difficult for people on the island to tell loved ones they are safe.

He said St. John is typically one of the most beautiful islands of all the Virgin Islands, and two-thirds of it is covered by dense, lush rainforest that is part of a national park.

"And now after the hurricane went through, all the leaves were stripped from all the trees. Many of those trees had fallen or blown over, it was pretty rough."

With Hurricane Maria now coming through the Caribbean, Schofield said it's tough to say what is going to happen to the island and its structures.

Schofield said they had resources throughout the island. Missouri Task Force 1 worked with Virginia Task Force 1 and 2, and the Human Remains Detection Team from Missouri.

There are about 275 FEMA Urban Search and Rescue personnel still in the Caribbean. Schofield said he has limited communication with them, but as of this morning they are all safe and accounted for.

Many of the people on the island are not able to evacuate because the only way out is by helicopter, so search and rescue teams are waiting in Puerto Rico so they can spring into action after Hurricane Maria passes through.

"You do what you can to help them in whatever way you can. Whether it's some way to communicate with their loved ones, or whether it's trying to address their needs, making sure we have resources coming in, food and water, basic human needs."

Boone County Fire Protection District Bureau Director Gale Blomenkamp said there is still one person from Missouri Task Force 1 deployed to help after Hurricane Maria, with 80 other members that could be deployed if needed.