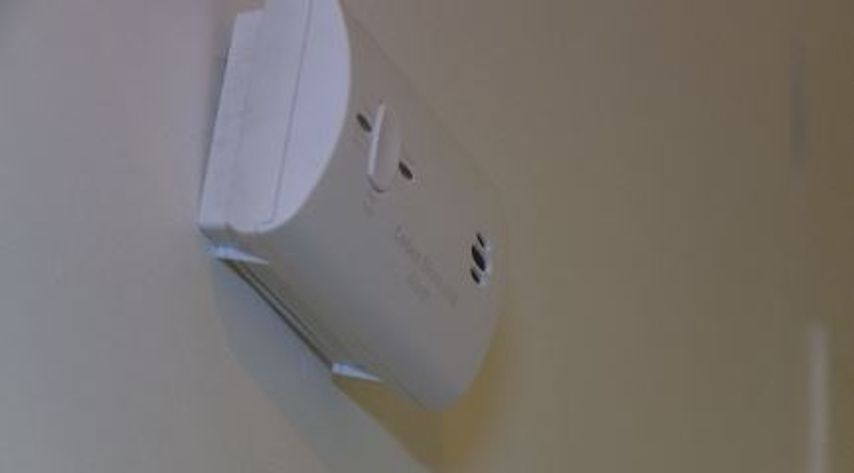 “They were really nice people. They came in and replaced some of my smoke detectors and gave me a carbon monoxide detector. When somebody shows up and is willing to help you out with something you give little thought to, is really great.

Stuart said the equipment makes him feel safe at night.

“It made me feel great to get new stuff," he said. "I sleep better at night because, if anything goes in the house as far as a fire or carbon monoxide, I’ll be alerted."

"Historically we focused on just a small neighborhood area with a couple of fire trucks. This year what we’ve done is we’ve assigned the stations to go out into their response areas and install smoke detectors, replacement batteries, and carbon monoxide detectors,” he said.

Turner said a detector can be the difference between life and death.

“Seconds count, they save lives. It’s a proven fact that a smoke alarm is going to activate in a minute or minute and a half. With the lightweight construction of homes in today’s world a fire can double its size every 45 seconds. It’s an insurance policy,” he said.