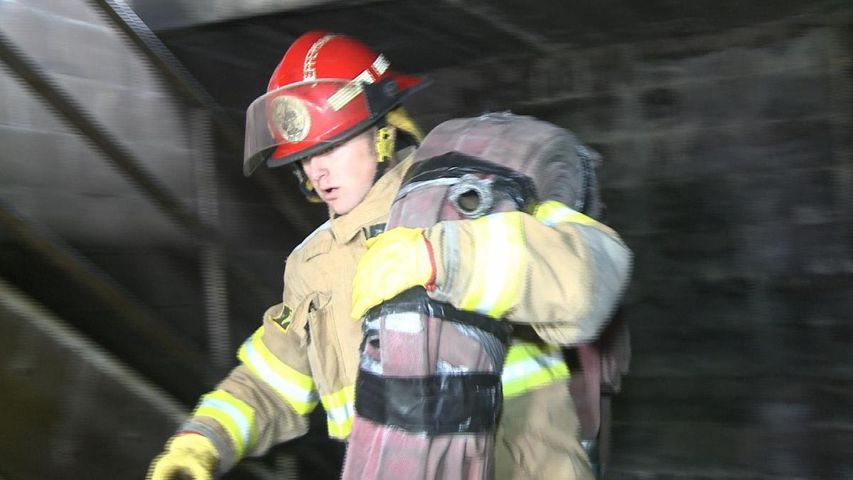 JEFFERSON CITY - About 30 people saw if they had what it takes to become a firefighter Saturday, as the Jefferson City Fire Department hosted a hands-on practice session for its physical agility test.

Tests included dragging a 160 pound dummy and walking up and down multiple flights of stairs with heavy firefighting equipment in tow.

The practice session was the first of its kind open to the public. Jefferson City Fire Chief Matt Schofield said those who came out were a mix of people interested in future employement with JCFD and some who were just interested in trying their hand at taking the physical agility test.

"Today is an opportunity for people who are potential candidates, but also members of the general public, who are interested in what we do as firefighters physically," Schofield said.

"It's not hard to find individuals that are wanting to be firefighters," Turner said. "It's a matter of if they can pass the test."

Schofield said this practice session gives candidates a good idea of just how strenuous the job is.

"You have to work out, you have to be in good shape," Schofield said. "You need to work with weights and be in great cardiovascular health, because it is a very challenging career path."

Those who completed the course gained some first-hand experience with that toughness.

"It's kinda intense," said Chris Shanks, a volunteer firefighter in Argyle who completed the course. "There's a lot of physical activity."

Shanks said his experience as a volunteer helped, but the course was still difficult. He said the hardest part of the course was going up and down the stairs, carrying heavy firefighting equipment.

"It'll make your legs definitely burn by the end of it," Shanks said.

Schofield said he hopes to make the public test an annual event.