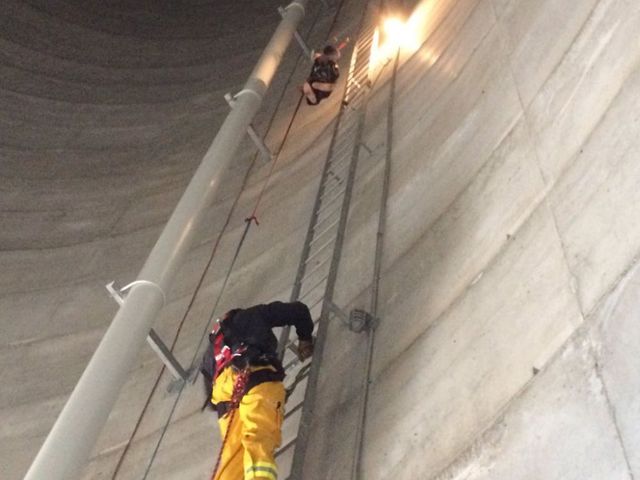 The operations manager of Missouri American Water, David Treece, said the water tank is about 150 feet tall, so it provides a good place for the training.

Jason Turner, the division chief for the Jefferson City Fire Department said, "We want our people prepared, have the opportunity to practice these types of situations and that way we are sharp when we know the details."

During the training, firefighters practiced with a dummy by climbing up a ladder and lowering the dummy down using ropes and cables.

"Safety is the most important thing, making sure every move is checked, double checked and even triple checked," Turner said.

Treece said many workers operate the water tower each day, so the training provides practice for a rescue that might involve one of his workers.

Turner said, "There's a lot of guys on these special operations teams. This gives them a chance to refresh. They spend a lot of time, not only on rope and rescue, building collapse, trench collapse and things like that."