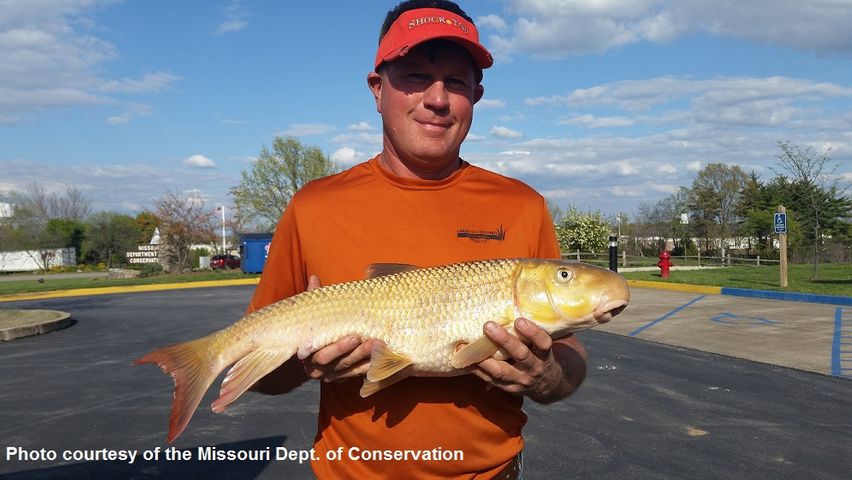 Schmitz said what was a regular day turned out to be a big day.

"I knew when I caught it, it was something big. I originally thought it was a catfish and then quickly realized it was a River Redhorse," said Schmitz.

After finding out he had the chance of breaking a record, Schmitz called the Missouri Department of Conservation and they sent him to Gerbes to get an accurate weight of the fish.

He later filled out paperwork to get his fish certified.

Schmitz wanted to let the fish go back into the water and tried to keep it alive as long as he could, but after being transported and weighed, it died.

Schmitz planned to contact Bass Pro Shops to ask if they wanted to display his record-breaking fish. If not, he said he would go through the proper steps to get it mounted on his wall.

[Editor's note: This story has been updated to correct spelling and grammatical errors.]