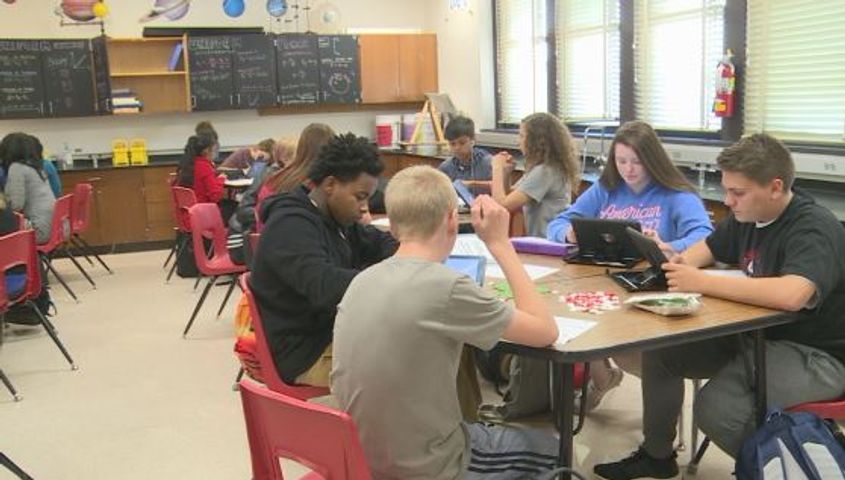 The Academies at Jefferson City High School aim to provide students with a college and career-ready education through specialized courses and opportunities. The academies have smaller learning communities and also emphasize the importance of business partnerships.

This is the first year incoming ninth graders have had the choice between three academies, rather than the original seven.

“We also have a traditional path for students who want to go down the traditional path of a regular high school diploma. But each of the academies give a more specialized area of focus,” said Director of Secondary Education Tammy Ridgeway.

Ridgeway said one hope of the academy program is that students will have a vested interest in what they’re doing because it’s something that’s truly relevant to them.

Academy students have the same core math, science, english and social studies classes as those who choose the traditional path. The district holds jamborees and information nights for the parents of incoming high school students to learn more about the academy program.

“Parents understand that having students buy into their own education only helps the students be more successful,” Ridgeway said.

Each of the academies has a strand that deals with Project Lead the Way, classes which give students more hands-on experience and allow them to explore things with science right off the bat.

Betsy Morello, a student in the health services academy, said the Project Lead the Way class is her favorite.

“I’m in biomedical science, and when we start out the class, there’s a dead body in the room. It’s not real. By the end of the course we have to figure out how the person died,” Morello said.

Superintendent Larry Linthacum has a unique perspective, as he has an eighth grade daughter going through the process of choosing an academy right now.

“We’re just excited about it. We’ve fine-tuned the academies and kind of narrowed our focus, tried to simplify it as a school district. We’re excited to move forward,” Linthacum said.

The academy selections for current eighth grade students who plan to attend Jefferson City High School will be finalized Dec. 16.