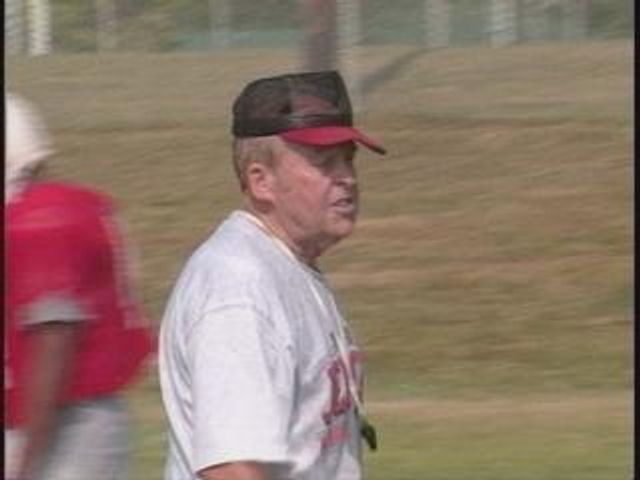 JEFFERSON CITY- Former Jefferson City football coach Pete Adkins can be hard to forget. He's recently been inducted into the Missouri Sports Hall of Fame as a legend.

Adkins legacy isn't about the state championships-it's about the impact he'll have on players to come.

Jefferson City High School Senior, Chris Verslues, hasn't stepped on the field at Adkins Stadium since October-at least, not as a football player.

Like the athletes before him, it's easy to relive the glory days.

"I helped kind of lighten the mood a little bit. Like when people were like feeling down? Just talk to them, not be mean about it or nothing," Verslues said. "I wasn't one of those mean seniors who pushed kids around all the time."

Chris Verslues is about to graduate high school. After that he will go on to college right across the street.

And you can bet he'll have a smile, whether he's talking about music or his favorite movie.

He never thought football would get him to college, but it's definitely helped. He's the winner of the first Pete Adkins Memorial Scholarship.

In the name of the most successful high school football coach the nation has ever seen.

He was awarded a 4-thousand-dollar scholarship-not for making tackles, or catching passes.

"A kid that made a big contribution to the program for four or five years," Pete Adkins said. "That maybe wasn't the best player on the team, but one that stuck it out."

"I went to all the practices," Verslues said. "The two a days...even though I didn't want to sometimes. But I still came...I mean I was glad to be there."

Adkins Stadium doesn't look anything like the former coach would remember it, but from the look of things, the Adkins name will stick around, putting kids in college all the while.