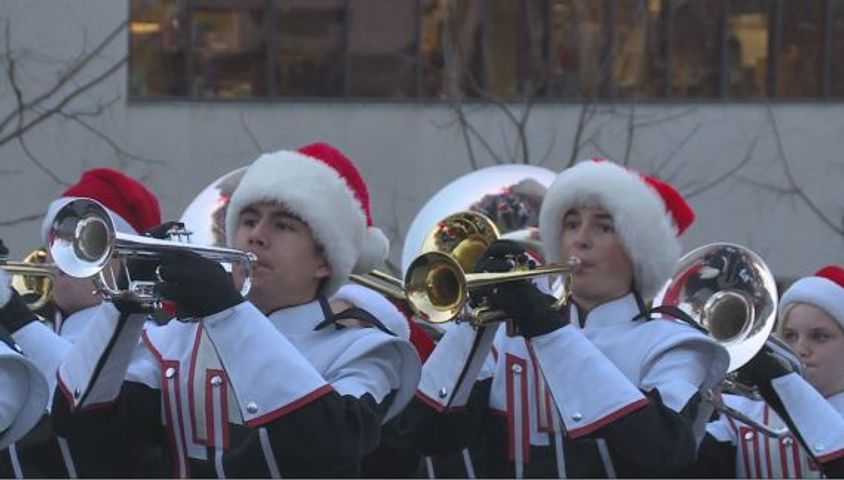 The road was packed and lined with families from all around mid-Missouri. Floats from various organizations, local businesses and marching bands made their way through the state's capitol.

Erin Mayhan came out to the parade with her three-year-old son, Levi. She said her husband works with Helias' band, which marched in the parade. She said her favorite part is the atmosphere.

"Obviously, there's a lot of kids out looking for candy," Mayhan said. "It's the dancing, the music and it's getting everyone in the holiday spirit."

Levi Mayhan said his favorite part of the parade was seeing Santa.