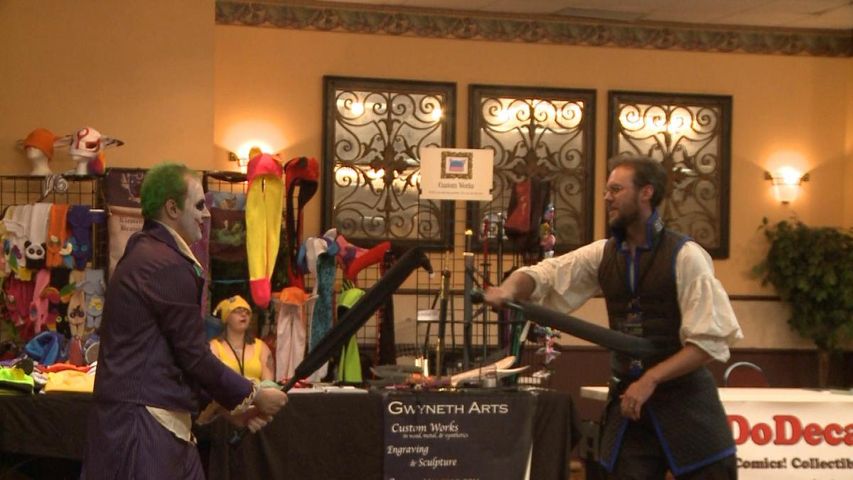 Convention staff told KOMU 8 News the convention started in 2011 to serve a midwestern audience like some of the other large comic conventions on the east and west coasts. Cosplacon is focused on cosplay, or costume play, and many attendees spent long hours working on their outfits, inspired by their favorite game or anime character.

The convention features panel discussions hosted by anime creators and voice actors, who can speak on a wide-range of gaming and sci-fi topics and to answer every question convention-goers can come up with.

"Basically, lots of people dressed up all the time. That's probably the main attraction, the cosplay that everybody makes and they want to come and show off." said attendee Eien Carpenter, while sporting her own elaborate garb.

Cosplacon is holding costume contests throughout the weekend, and even have a scheduled time for a fashion shoot on a runway. There are also video game tournaments and demonstrations.

Convention officials say they have counted 250 attendees as of Friday morning and they expect that number to rise as the weekend goes on.

"A lot of different conventions, they portray a particular type of whatever genre they're focusing on, and, well, we like to think there should be a convention that is working for all of that, and that's what we're working to bring out to Jeff City." said Cosplacon Vice President Josh Barnes.

Staff say the goal of Cosplacon is to create a fun environment where fans from all over and with myriad interests can share in the adventure.

The convention concludes this Sunday, and Barnes says they'll definitely be back next year.