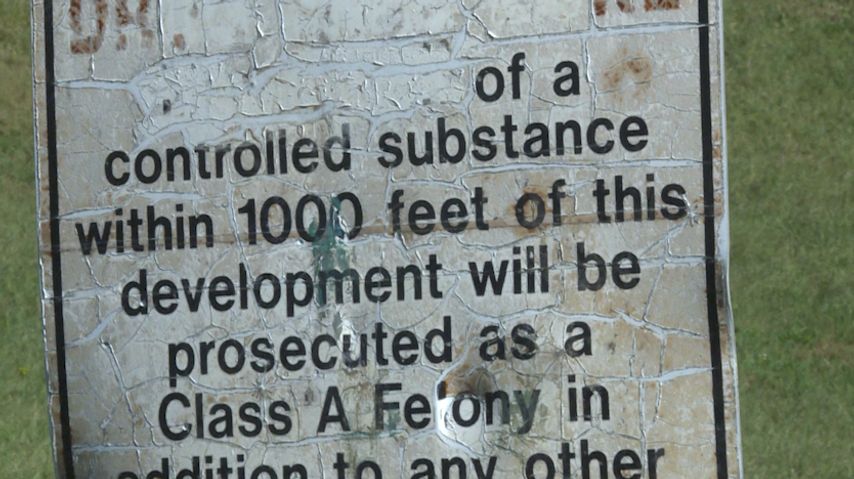 JEFFERSON CITY - The Housing Authority of the City of Jefferson has reinforced an already existing policy that bans the possession or use of illegal drugs on subsidized property.

This includes medical marijuana, which the federal government has declared as a Schedule I substance.

Executive Director Cynthia Quetsch said this is in order to insure they continue to house as many people as possible.

"Public housing is federally funded. And so we don't want to take any risk of losing our funding, because if we lose our funding then a lot of people won't have a place to live," Quetsch said.

This is following a decision to ban tobacco smoking on properties last year.

The Housing Authority has prohibited all smoking inside the buildings or units, and has created designated smoking areas for most of their properties.

Residents would be unable to smoke medical marijuana at these locations because it remains illegal to use the drug in public.

One resident claims the designated smoking areas have not been strongly enforced.

Shanta Jones utilizes Jefferson City's subsidized housing and is expecting her fourth child. She said residents step a couple feet outside of their housing to smoke... right next to where her children are playing.

"We stay where a lot of kids are. And I don't want my kids to pick it up to think that its ok for them just to be smoking," Jones said.

Quetsch acknowledged these concerns, but expressed hope that enforcing the marijuana policy will be different.

"Enforcement is a challenge, and hopefully this will not be the same. But human nature is such that people are going to do what they want to do and see what the consequences are," Quetsch said.

Jones added that her concern for her children extends to the use of marijuana. She does not want it to be normalized for her children, or for her kids to be exposed to second hand smoke.

"When my kids is outside and I feel like people are smoking, then they could get hit with the smoke. I'd rather people smoke in they house," Jones said.

The dangerous impact of secondhand tobacco smoke on children has been heavily documented.

"Secondhand smoke with cigarette smokers is definitely a concern with children. This has been shown in multiple studies over the years. Secondhand smoke can be as dangerous as primary smoke for children," Dr. Thomas Nittler said.

Nittler owns JC Total Health just west of downtown Jefferson City. He is one of the only doctors in Jefferson City licensed to certify medical marijuana cards.

He added that while the impact of second hand marijuana smoke is still unclear, normalizing the substance for children is potentially harmful.

Studies have shown that it can delay mental development, decrease motivation, and occasionally predispose them to psychotic episodes.

"There are potential negatives to developing kids and I wouldn't personally certify somebody under 18 for medical marijuana," Nittler said.

Since Nittler was qualified to prescribe medical marijuana about a month ago, four people have been given cards.