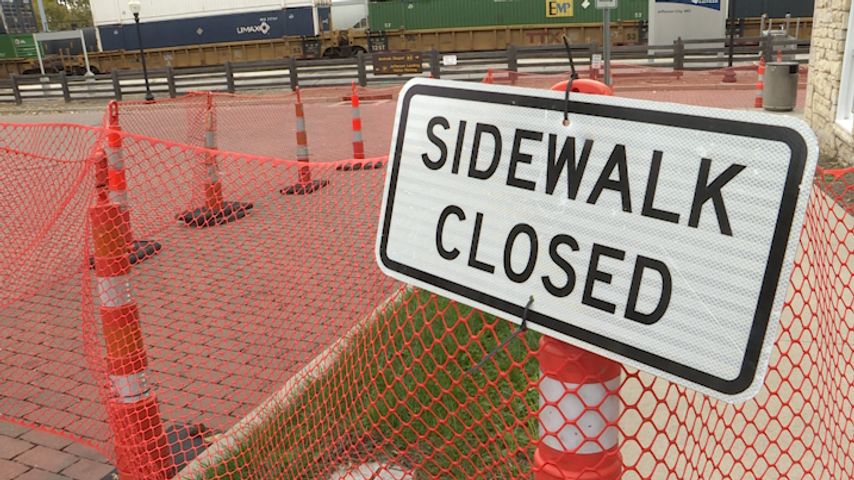 The Historic Union Hotel was home to the Department of Natural Resources and the Amtrak waiting room.

But because of structural problems, the state decided to close the building, leaving Amtrak passengers waiting for the train outside. The city is currently looking for solutions to this problem.

Currently, there is a tent and some foldable chairs outside, which the city decided to put there until it decides what to do.

"That was the fastest way to get some cover," Britt Smith, Operations Divisions Director for Jefferson City Public Works, said.

Smith added that the closure of the building took them by surprise.

"Obviously this isn't something that we, at the city, had in our budget in preparation for," Smith said.

However, not everyone is tolerating the situation.

Johnny Mayfield is a Kansas City resident who has been taking the Amtrak for 6 months. He comes to the area to visit his family in Mexico. He said even though he likes taking the Amtrak, he doesn't like the idea of having to come back during the winter when there's no waiting room in the Jefferson City stop.

"I really enjoy the Amtrak and it's going to be hard for me to wait out here in the cold," Mayfield said.

He said he hopes the city does something about it.

Smith said they are weighting these options right now:

Smith said there are many agencies involved with this issue.

"We're all trying to work together to come up with the best solution," Smith said.