Jefferson City looks back on one month anniversary of tornado 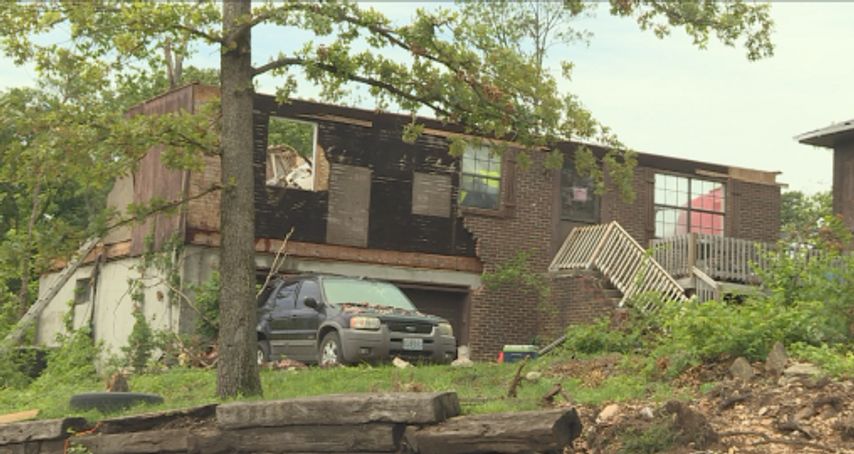 JEFFERSON CITY - One month after an EF-3 tornado tore through Jefferson City, residents and local leaders are looking back at the destruction and the city's progress so far.

Married couple Shawna and Jarrod Hendricks, who both teach at the Jefferson City High School, had just purchased a house off Tanner Bridge road a few weeks before the tornado hit.

On Wednesday, May 23, the day after the tornado hit the city, the owner of the house broke the news to the couple.

"They actually called us and said, 'Hey by the way the house has been hit by the tornado," Jarrod Hendricks said. "They were super awesome about keeping in contact."

The house sustained mostly cosmetic damage and the inside remained nearly untouched. The Hendricks decided to purchase the house anyway.

"[The owner] wanted to make sure that everything went smoothly," Shawna Hendricks said. "They were calling that night to let insurance people know about it."

Even though they still have to replace some windows and a deck, the couple moved the Hendricks were able to move into their home on Thursday.

Down the street, neighbors weren't as fortunate. Several homes in the Hendricks' subdivision were destroyed.

On Jackson street, many homes have not been touched. Clothes still hang in closets, furniture remains strewn about yards and debris still blocks the sidewalks.

Mayor Carrie Tergin said even though a month has passed, many residents are still wondering what's next.

"There are many that are still trying to find what they're going to do," Tergin said. "The good news is there are resources and even though we're a month out we're still finding people that maybe weren't aware that they can also ask for some help."

She said the past month has felt like a blur at times, but the progress Jefferson City has made should not go unnoticed.

"Every time a week would pass I would kind of relive everything that had happened in my mind and think of where we were and where we are now," Tergin said. "I would say although there is a lot of work to be done, we have really come a long way."

Tergin said if people who are still in need of help are wondering where to start, they should call 211 to connect with the United Way.