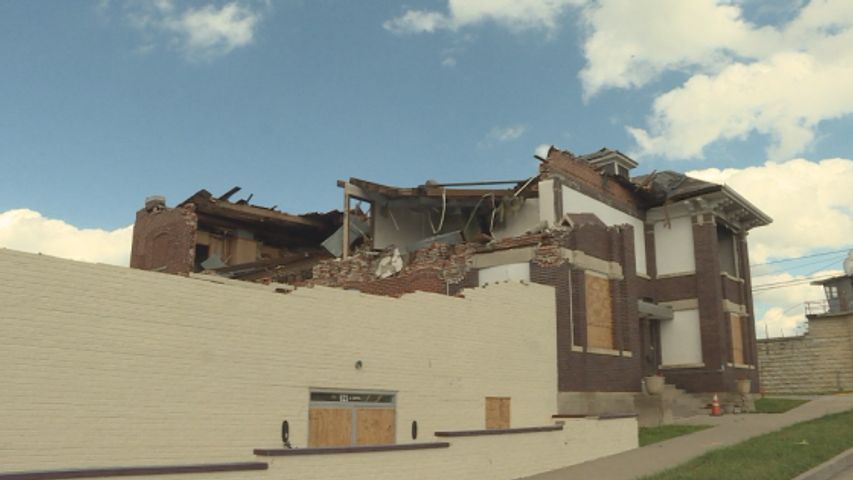 "After an initial report from our engineers, we are happy to report that the Training for Life Campus is not a total loss," said Susan Stegeman, SOMO President and CEO.

Downtown on Capitol Avenue, a GoFundme has been set up for $55,000 to help with restoration. So far, they've only raised $2,250. Historic City of Jefferson Foundation President Steve Veile said the clean up has been a process.

"We did immediate clean up after the tornado although there's still a lot left to do," Veile said. "We're still pretty much on the front end and it's going to be a year or more before a lot of this stuff if truly resolved."

The Riley car dealership got attention when cars were destroyed and the building was torn apart. Carey Riley, a co-owner of the auto group, said they're thankful to have a new building for the time being.

"Recovery has been quite a project, a lot of clean up with a lot of help from our employees," Riley said.