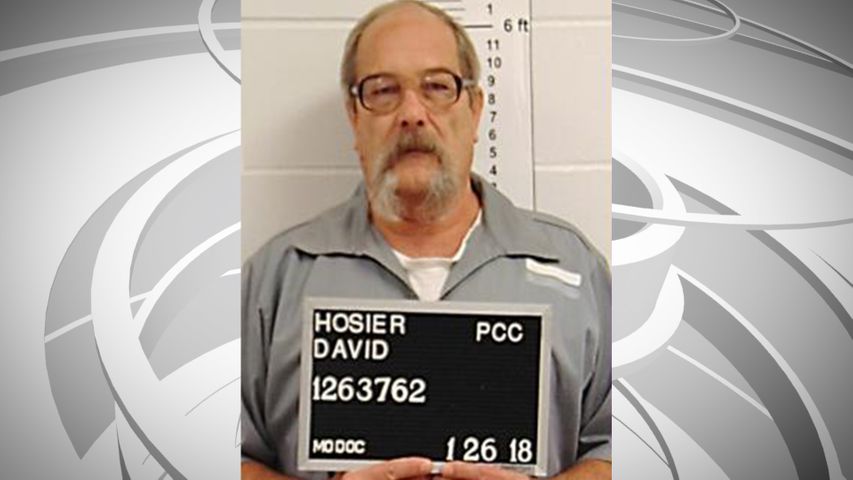 JEFFERSON CITY - A Jefferson City man facing the death penalty for the murder of his ex-lover appealed his sentence before the Missouri Supreme Court on Tuesday.

"Hail Marys are all they've got in this case because of the overwhelming evidence of guilt," said the state's Assistant Attorney General, Greg Barnes, in regards to the appeal.

David Hosier was convicted in 2013 for shooting Angela Gilpin four years earlier. He was also charged in the murder of Angela's husband, Rodney Gilpin, but wasn't convicted in that crime.

Hosier's attorney, Amy Bartholow called the evidence in the case "circumstantial" with "no eyewitnesess, no confession, no DNA, no fingerprints."

The jury suggested the death penalty because of "aggravating factors" in the murder and the judge later agreed in 2013.

Court documents stated Rodney and Angela Gilpin were estranged, but trying to make amends at the time of their deaths. During their separation, Hosier and Angela were in a relationship, but Angela had been trying to end the relationship for two months. At the time of her death, she also had filed an order of protection against Hosier.

Hosier and his lawyer appealed the punishment phase of his sentencing by arguing he had inefficient counsel at his original trial, and that his mental health was not taken into consideration in the original trial.

Bartholow emphasized a 2007 stroke suffered by Hosier which she says affected his brain and increased his depression, leading him to commit the murders.

"It shows that David's brain is dead in places, it is significantly damaged," said Bartholow. "That stroke had an effect on making his depressive symptoms that much worse."

Barnes refutes the claim, saying the previous lawyer had Hosier's family members testify about his mental health. He also cited other events prior to 2007 that demonstrate Hosier's violent tendencies prior to his stroke.

"It [the stroke] didn't explain the 1986 assault on his wife, or his threat to kill multiple law enforcement officers," said Barnes. "Or to kidnap his kids and take them to Mexico during this time."

Another point of contention was the reveal of Hosier's past felony and how it affected the jury's decision, in particular, the assault of his first wife. Bartholow said Hosier's previous lawyer revealed his felon past to the jury, which led them to suggest the death penalty.

"That exact conviction was used as an aggravator in penalty and counsel was the one...that allowed that to come in during the guilt phase," Bartholow said.

However, the court said it was more beneficial for Hosier to introduce his past during the guilt phase rather than the punishment phase so it wouldn't surprise jurors.

Barnes argued Hosier had a long criminal history and the original attorney revealed the least amount possible as to not affect the jury's opinion of Hosier. Barnes added the jury only had access to one paragraph which said he assaulted someone to the point of a concussion.

"That's all the jury knew, that he caused a victim a concussion," Barnes said. "They didn't know it was a domestic partner."

Hosier is one of 25 on death row according to the NAACP. The court has not announced when they plan on deciding on the appeal.