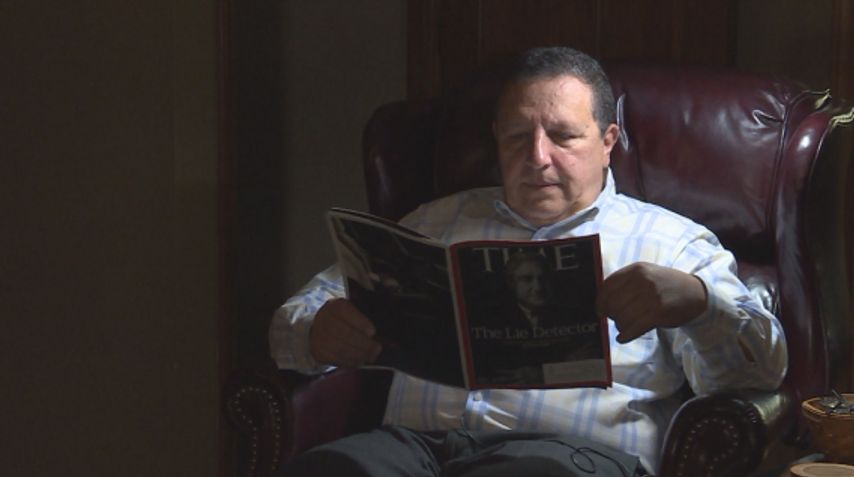 JEFFERSON CITY – Robert Pinhero created a GoFundMe page and is recruiting drivers to help get voters without a car to the polls on November 6.

Pinhero's initiative came after the Public Works and Planning Committee denied a proposal, which came from riders' requests, to offer free rides on election day.

"I was kind of saddened by it," he said. "My background includes working with a lot of disadvantaged populations and knowing that the fact that they even had to make a decision indicated to me that there were people that probably needed that service."

Transit Division Director Mark Mehmert said the committee determined it was not feasible for the city to lose revenue to offer free rides, considering the transit system already receives a "pretty large" subsidy from the city general fund.

"We estimated approximately between two thousand and twenty five hundred dollars worth of free ride day that were to occur," he said.

Mehmert also said the committee was concerned of voters using the public transit services being stranded. He said the schedule of the polls would not match the JEFFTRAN's hours of operation.

Pinhero moved to Jefferson City about a year ago. However, he said he was called to help his new neighbors.

"There's an expression that's popular in the non-profit world that's called 'I live here, I give here'," he said. "I live here now, so I want to be a contributing member of the community."

Pinhero's goal is to collect $1,000 and distribute that money among people who would need to ride the bus or take a taxi to get to a polling place.

He said he plans to help between 50 and 100 people, which he would identify with the help of different organizations.

"That's the challenge," he said. "I've been starting to reach out to agencies that services that provide services to people because my guess is that the largest audience for this are going to be people that are already receiving some kind of assistance or service."

Pinhero is also recruiting drivers who would want to volunteer their time on November 6.

"Somebody could volunteer to just literally take one person to the polls that day and that would be fine," he said. "Or someone can say, I will be on call all day, maybe take three or four people to the polls. I’m pretty good at the matching thing. I ran a non-profit where we matched volunteers with people in need."

He said he already has a plan in mind to show donors their money went to voters in need.

"I'm actually going to have the people that receive any of the funds sign a receipt for me and I’m going to keep those in record," he said. "I'm going to take people at their word that they’re going to vote. I can't imagine that somebody is going to go through a large effort to try and scam two dollars."

If voters need a cab, Pinhero said he would work with the cab company to pay them directly and work out the pick-up.

He also said he has a plan of any leftover money, to make this first tryout into a bigger initiative.

"I could maintain it until the presidential election because this would be an even bigger issue then," Pinhero said. "Or I might reach out to a local non-profit, someone maybe like United Way, that would hold it trusted."

To contribute with Pinhero's initiative, you can donate through GoFundMe or email him at robertpinhero@gmail.com to volunteer as a driver.