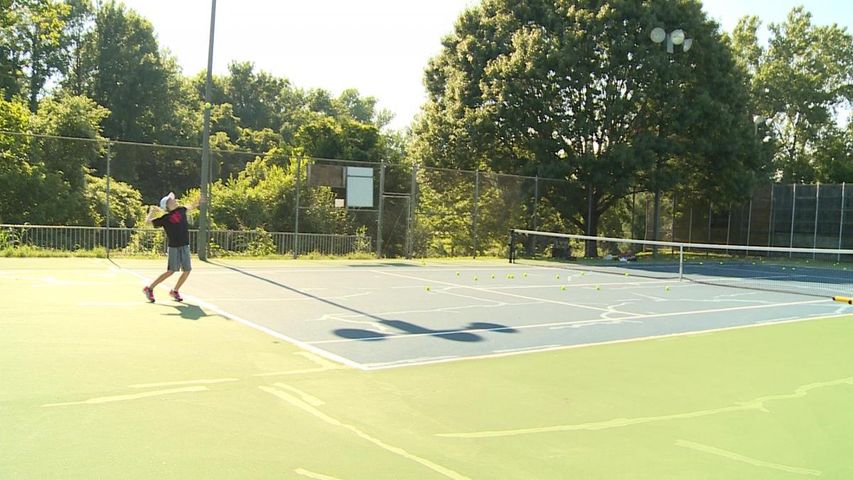 He says there aren't any other public courts available to him.

Dunville said the parks need more funding and the one park with tennis courts available doesn't meet his standards.

"There is a lot of interest in tennis in Jefferson City, We do need to have a new complex," Dunville said. "The girl's tennis season is going to start next week so we will have 50 kids dealing with seven courts."

Monday was Mayor Carrie Tergin's first budget proposal and the topic of parks funding came up, but not in the way Dunville would have liked.

Councilman Glen Costales said the parks could afford to have a higher administrative charge back.

An administrative charge back is a percentage of money the city receives back from the revenue a service earns.

The current charge back rate for parks is 5% and while Mayor Tergin has proposed to raise that number .7%, Costales thinks that isn't enough.

He hopes to convince the council to raise that number to 7 or 8%.

Costales said that money could be used elsewhere and the money should go to other services like the police or fire departments.

"We could use that money elsewhere to serve the overall citizens better than say subsidising a round of golf," Costales said.

Dunville thinks taking money away from the parks would leave people with no where to go for tennis.

"If they took money out of the parks budget, that's not going to leave much money to rebuild a new facility or revamp this one," Dunville said.