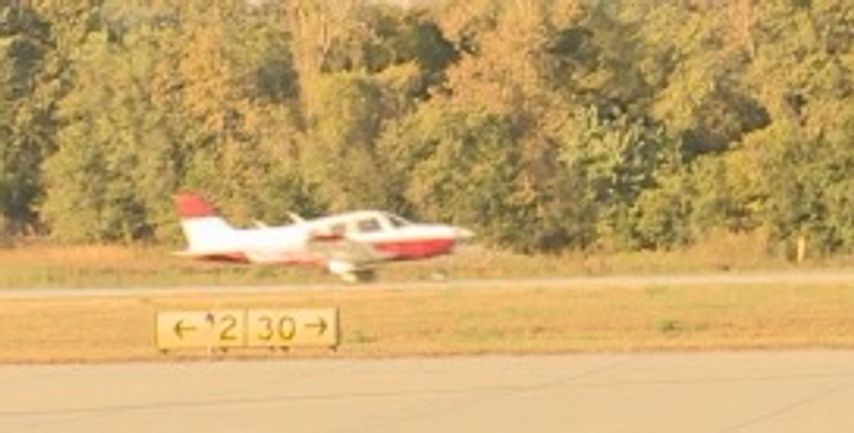 JEFFERSON CITY - After months of construction, Jefferson City Memorial Airport opened its runways on Monday afternoon. The airport is in the process of a multi-phase reconstruction process and it just completed phase one and two.

"We've been in process of building our main runway," Britt Smith, director of operations for the public works department, said. "The existing surface had gotten passed its useful life."

The main runway is 6,000 feet long. The airport was able to repave this runway mostly through grants from the Federal Aviation Administration and MoDot.  The total project cost almost $7 million.

Monday afternoon, an airplane landed on the new concrete runway for the first time in close to six months. Smith said during the past 12 days or phase two, they worked almost 24 hours a day.

"We rebuilt the intersection where the shorter runway and the main runway come together," Smith said.

During the first phase, the airport worked on extending the smaller runway. While the main runway was closed, all incoming and outgoing planes had to use the shorter runway.

Smith said this caused larger planes like the National Gaurd's to use airports like the Columbia Regional Airport. He said the vast majority of local planes were able to stay.

"Certainly it had an effect on our larger air craft, but we noticed that our traffic count stayed relatively close to what it had been in the past."

Smith said he thinks the numbers didn't change due to the "loyal people that come here" and the airport's fixed-based operator "Jeff City Flying".

He said the project is ongoing. Next, they plan to do reconstruction on the smaller runway and the flight line's taxi lanes.

"We're far from done. We're just through the hardest and most painful part of the project."

Smith said the goal is to finish by the end of this year, or the beginning of next year depending on the winter months.