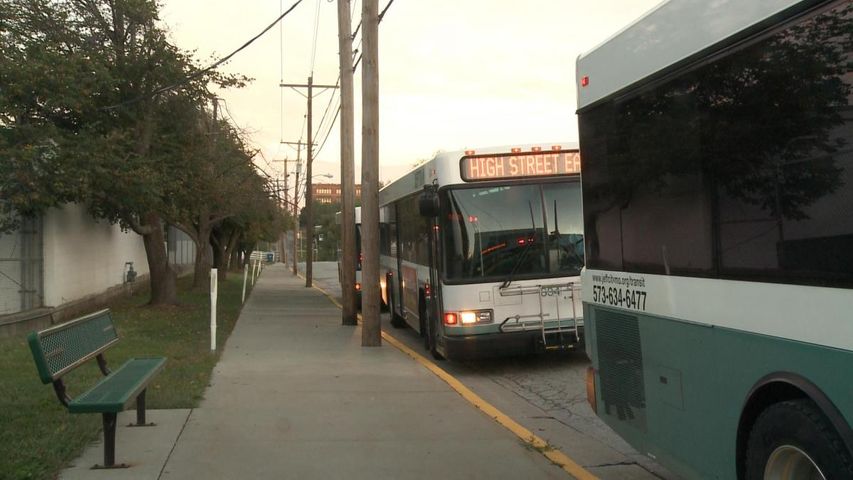 JEFFERSON CITY - It was 7:20 a.m. Monday, the peak hour for city busses, as several Jefferson City busses rolled into the stop on East Miller Street. Some residents waited in the shelter, away from the wind, while others stood in the open. The doors opened, and a trickle of people exited while some hopped on board. Many handed change to the driver as they stepped onto the bus. They may soon be reaching for more.

The city is proposing a 50-cent increase to the current $1 transit fare, as part of the 2015 fiscal budget. The Paratransit service would increase from $2.00 to $3.00.

"Any fee for service, anything you do has rating increases," Turner said.

"Anything to do with transit, whether you're paying a driver, fuel, maintenance of the busses, all of those different things - any operation related expense," he said.

Morasch said the transit system is not self-supporting and gets a subsidy from the general fund. The fares are a small part of where the city gets income from for the system.

The city has not increased bus fares since 2007, when the fare was raised from 50 cents to $1 dollar.

Morasch said, "Historically they haven't been proposed every year."

The proposed fare increase could add $30,000 to the transit revenue. Morasch said that's a quarter of the city's proposed fiscal budget. Though not a big number, he said every little bit helps.

Residents who were interviewed were not opposed to the idea, but some had other suggestions for the transit system.

Sharon Finney, a daily user on the city bus, said it would be fair for the city to increase the fare rate but the city should consider making changes such as adding routes on the weekend.

"If they decide to increase the fare, I think it would be fair to the community if they could do some changes as well," Finney said. "More of their shopping on the weekend, and more people are off on the weekend. I would think they would need more transportation service on the weekend."

Another resident, Tracy Catry, said she thinks the increase is fair as well. However, she said it might affect her financially.

She said she would like to see the city bus system extend its hours of operation as she's had some difficulty with the time intervals.

"Sometimes I have to walk, most of the time because they ride over 40 minutes and my friend walks nonstop, cause she keeps missing the bus," Catry said.

Morasch said city leaders are looking to see how the city can modify the current route structure to service a new facility, St. Mary's Health Center, when it opens.

He said there is no discussion of incremental increases or when the next increase will be. However, Morasch said there is going to be a transit committee formed by the council that might look into this matter.

If the decision to increase the fare is passed by the council, there will be a public hearing. Residents will be given a 30-day notice prior to the meeting.