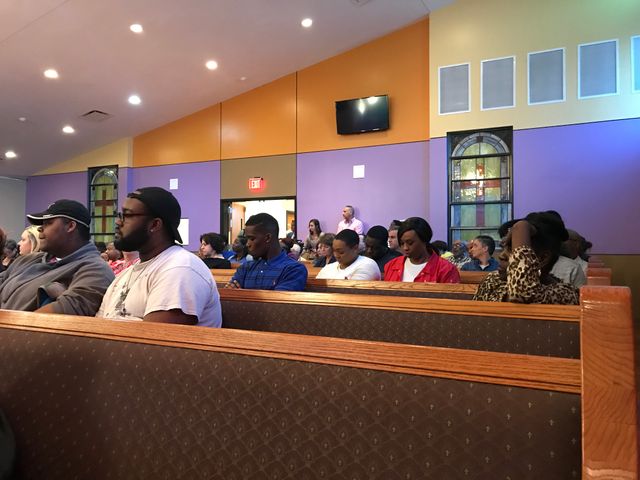 Linthacum was one of the many that represented JCPS faculty Wednesday night at a community meeting focused on race relations. The Jefferson City Boys and Girls club, city council members and NAACP members acted as a panel to spur discussion.

The director of the Boys and Girls Club, Chris Sutton, said children are not able to participate in activities because they have no way to get there due to that divide.

"If we didn't have a community that places minorities in certain sections of the town, we'd get to know each other better," Sutton said.

Sutton said the city needs a better transportation system to get people more involved in the community.

The panelists said the conversation was about much more than the photo, which shows students posing in front of a mud-covered car that has an expletive, the n-word and a swastika etched into the dirt.

"Obviously it took a specific incident for that to happen," said council member Larry Henry. "You always want to be more proactive than reactive when situations like this come up, but unfortunately sometimes that's just how it is and you have to roll with that."

All participants of the panel agreed something has to be done in order to act as one community.

"There has been some part of a growing process that's having conversations that folks may find uncomfortable, and we're trying to have those in an honest and respectful way on how we can grow and move forward," Linthacum said.

This is the first of three planned meetings Jefferson City community members have organized. Linthacum and other panelists said they're willing to hold as many public forums as necessary to get their community united.