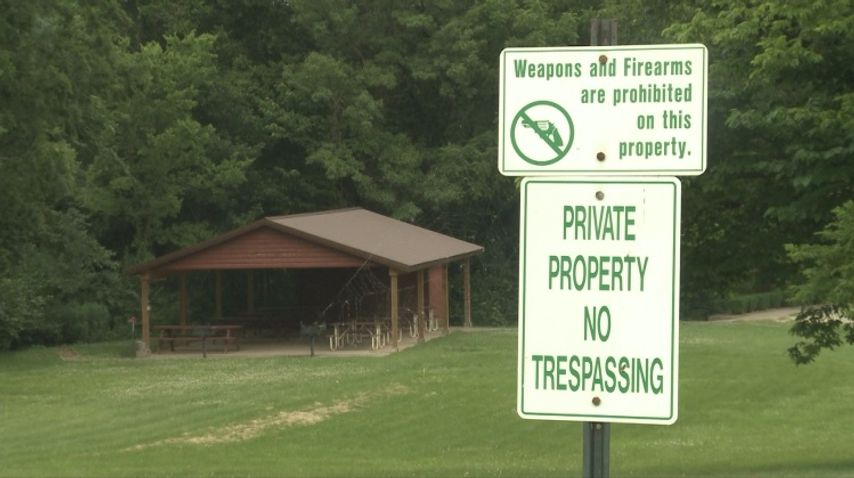 Parks and Recreation Director Bill Lockwood said his department submitted an offer, and the Girl Scouts have tentatively accepted the offer. A tentative closing date is set for June 30.

"We have a few more hoops to jump through, but if it goes well hopefully we will be able to take possession of the property later this summer," Lockwood said.

Both the Girl Scouts and the parks department will not disclose how much the property is going to be sold for until the purchase closes.

Lockwood said neighbors and former Girl Scouts began calling and asking the parks department to purchase the land when they saw a "for sale" sign on the property. He said the department received a petition of about 40 neighborhood residents and some letters in favor of the purchase.

"It was really a grassroots effort, that brought it to the attention of the park commission that voted to pursue the acquisition," Lockwood said.

Jay Martindale said he signed the petition because he enjoys living next to the park and wants the Girl Scouts to continue using it.

"If this becomes a city park, then the Girl Scouts can rent it just like anyone else in the city, so we can keep this nice relationship with the Girl Scouts."

Lockwood said the property in use by the Girl Scouts since 1931. The land is about four acres and includes a log cabin, picnic shelter, trail paths, and a fire circle. He also said the property is historically linked to the Civil War.

Lockwood said people would be able to rent out the property just like other Jefferson City parks, and they hope to use the land to expand summer day camps next year because there is currently a waiting list of about 200 kids. He said parks and rec wants to maintain the character of the property, and it would not need a lot of changes or improvements.

"I'd like to see this continue to be developed, you know, upgrade the bathrooms, trim the trails a little bit. I love to go fishing down by the creek, you know make it a little easier to get down to the creek," Martindale said.