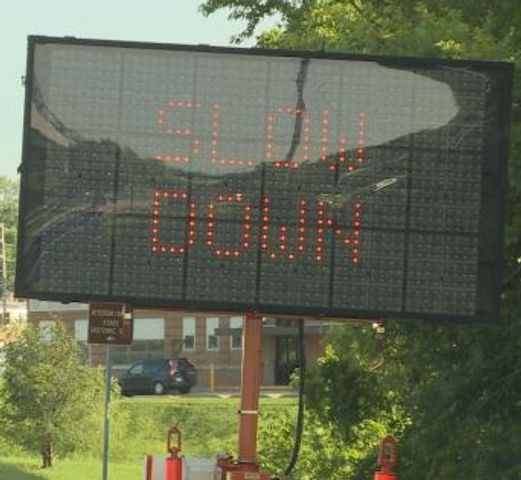 JEFFERSON CITY - The Jefferson City Police Department wants to lower the amount of speeding-related crashes in the city.

"So, we want to inform the public first of all they need to pay better attention to driving," Shoemaker said.

"What we're trying to do is gain compliance before we have to go out and enforce and I think that's important in that we're not there to just go out and write a bunch of tickets. The point is for the public to pay attention and to observe the speed limit for their safety and the safety of other motorists and the workers so we don't have to write the tickets," he said.

The police department will be focusing primarily on the Lafayette Street interchange construction zone on U.S. 50/63. Shoemaker said drivers often speed through the area and endanger road workers and other drivers.

Shoemaker said the increased speed enforcement, including extra officers, is not to intimidate drivers but to make Missouri roads safer.

"Sometimes, public reception is that we're just out to write a bunch of tickets. In this case that's not it at all. Just the opposite, we want people to comply with the law for their safety and the safety of the workers," he said.