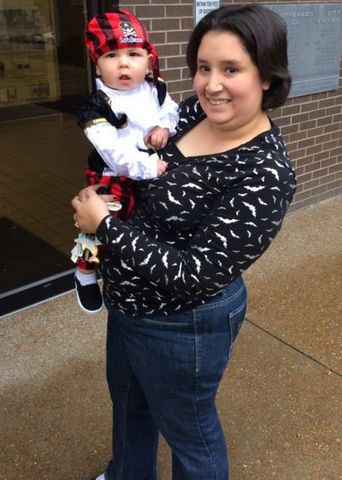 JEFFERSON CITY - The Jefferson City Police welcomed children and their parents down to the precinct to celebrate Halloween in a less traditional way.

The "Haunted Precinct" event happens on Halloween every year, and according to public information officer Celeste Suchanek, it is one of the many opportunities the Jefferson City police create to build rapport with the community and residents of all ages.

Officer Suchanek says it's important that children in the community see the police in relaxed, positive settings. She says this allows them to feel more secure in calling for help in the event of an emergency and prevents fear in the children if they encounter an emergency serviceman in the line of duty attempting to help them.

Police also say this event is seen by some as a safer alternative to door-to-door trick or treating.

The event featured outside decorations and a makeshift crime scene the children could play in and the police officers gave out complimentary hay rides on the back of a customized golf cart. Inside the precinct the officers were giving away candy and books donated by Scholastic.

The department had to do this year's event a little differently than in previous years. Normally officers decorate the corridor of the precinct and transform it into a makeshift haunted house. However, this year the building was undergoing repairs which made it unsuitable for such a project.

Despite the setback, the officers adjusted and say they had a great turnout they were happy with.