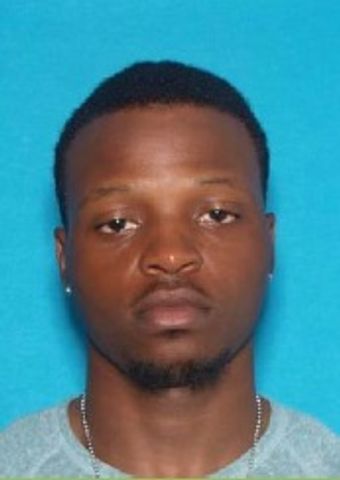 JEFFERSON CITY - Police were searching Thursday for a suspect who allegedly attacked his girlfriend and stabbed her in the head.

Police said 22-year-old Christopher L. Page is accused of striking, choking and then stabbing his girlfriend multiple times in the head at a Jefferson City residence.

The 18 year-old Jefferson City woman was being treated at a Columbia hospital Thursday for multiple stab wounds to the head.

"We're hoping that she's stabilized and does OK. We're obviously very concerned about her being the victim of crime in this particular case," JCPD spokesman Captain Shoemaker said.

Jefferson City Police responded to a call at the 800 block of Mulberry Street at 11:43 p.m Wednesday. The caller said there was an open door to a residence with a female lying in a pool of blood.

A neighbor across the street from the residence said he knows the victim.

"I went out out and talked to her and her little girl a couple of times. She was a really nice girl, and just really sweet," Chris Craft said.

Officers said they located the victim at the scene and she was barely conscious. Officers also said it looked as though a struggle took place inside the residence, and that the victim had been assaulted with a knife.

The victim was able to give officers information about the suspects identity before EMS arrived on the scene.

Investigators said the victim was in a relationship with the suspect, and there was an argument about the relationship prior to the stabbing.

"Lets keep in mind that we do consider him dangerous because of the seriousness of what he's done or alleged to have done," Shoemaker said.

Anyone with information is urged to call the Jefferson City Police department at 634-6400 or to contact CrimeStoppers at 659-TIPS.