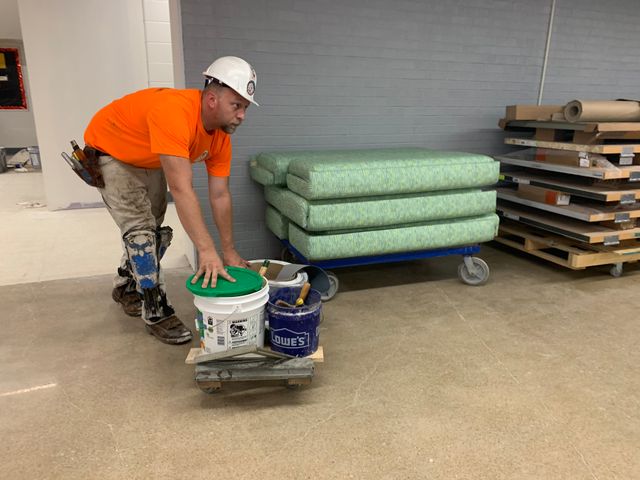 JEFFERSON CITY - Construction crews are continuing to work on both Jefferson City public high schools in preparation for classes starting next week.

Since June 2018, crews have been building Capital City High School, which will be the second public high school in Jefferson City.

Planning for the second school began when Jefferson City voters approved a bond measure in April 2017.

“When the bond issue passed, it was so exciting, but it was kind of an 'uh oh' moment,” Jason Hoffman, Jefferson City Public Schools CFO and COO, said. “We've said, 'Here's all the things we're going to do', and now we have to deliver on it."

In addition to building a second high school, the bond measure provided money for renovating and expanding Jefferson City High School. The new addition includes a connector between the existing high school building and the Nichols Career Center. Students used to have to exit the building and cross a city street to get to the other building.

“Research shows having a smaller learning environment is very positive for student achievement and student learning,” Linthacum said. “We believe Capital City High School and the renovations at Jefferson City High School will provide those opportunities.”

Once both schools are fully operational, district administrators expect around 1,300 students to attend each school.

The only students in class at Capital City High School this year will be freshmen and sophomores, and a new freshman class will join during the next two falls. The first Capital City graduating class will graduate in May 2022.

Hoffman said the project is more than $1 million under budget, which has let the district expand the project.

Classes will start next Tuesday, August 27, but construction will continue. Administrators say they expect construction on both schools to finish in early 2020.