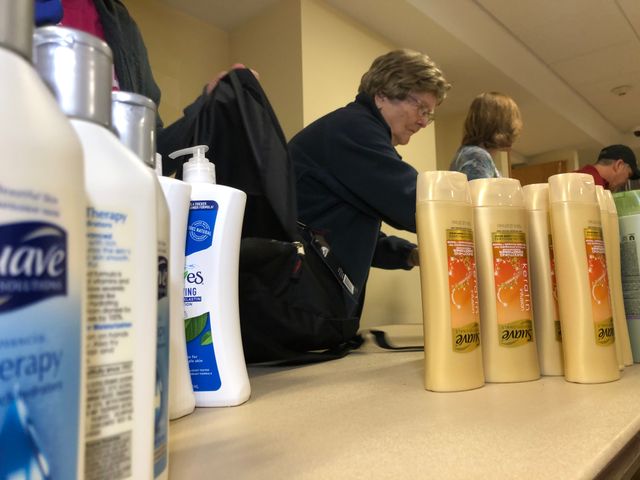 The event provides support for those experiencing homelessness, or who are near homeless, to become self-sufficient. The project is based out of three main churches in downtown Jefferson City and each church provides a variety of different resources.

Project chair, Edwin Cooper, said those attending are referred to as "guests" and will have tour guides to help them connect with service providers, community organizations, social services and many others.

"I think this is a great resource for the homeless people in Jefferson City to get linkage to some of the things they need," Cooper said. "It's just a one-day event, but the issues for the people that come here goes beyond the one day."

Another leader within the organization, Sheila Murphy, said she believes providing guests with these resources allows them an opportunity they otherwise wouldn't be able to afford.

While the three churches, First United Methodist Church, Baptist Church and First Christian Church, all house a variety of resources throughout the day, the goal is all the same.

“It’s important for our community to come together and support those people," Amy Rogers, co-chair of the media committee, said. "And so, maybe, if we provide those services and show them where they can get the help, maybe we can help those on the streets, get off the streets."

As the community inches toward the nearly five-month anniversary of the tornado and flooding that swept through Jefferson City, Coopers said the project talked about having a disaster response area in addition to the already provided medical and employment services.

"We thought we needed more services in relation to disaster, but the community has met the short-term needs in a lot of different ways," Cooper said. "But that was my first gut reaction: we're going to need more."

Cooper said they aren't expecting a giant increase in the number of guests as compared to previous years, but if guests who have been displaced by the disaster show up, they will still serve them.

The event will be from 9 a.m. to 2 p.m. in downtown Jefferson City. After the event, the committees and volunteers will take about a month off before diving right into planning for the next year.