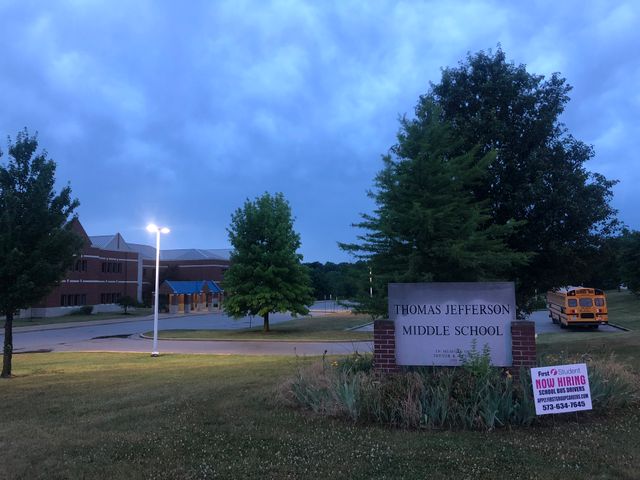 One student said she is worried she and her best friend will have to go to different schools in the fall.

Anusha Bichkar said she found out about the possible change from her friend, whose parents attended community meetings.

"We were talking how we would be split apart and how that would be unfair to most of the kids who have friends on this side of the neighborhood," Bichkar said.

Bichkar said she and her best friend have fun on the bus and enjoy having classes together, but if they were to be separated, she would find other ways to see her.

"I would want to go to her house almost every day, or I heard that some kids get special permission to switch middle schools," Bichkar said.

Bichkar's mother, Kirtida Vaidya, said it would take an extra 25 to  bus ride to get kids from their house to the other middle school, even though their neighborhood is less than a mile away from Thomas Jefferson Middle School.

"That just does not make sense. Two times a day traveling 30 min in the bus, and then all these kids are  be picked up from here and all the way to LC. They are probably going to spend about an hour with traffic and trying to stop and pick up all kids. That does not make sense at all," Vaidya said.

Vaidya said she think it's great there will be a new school to help with the overcrowding of Jefferson City High School, but it is unfortunate that means her daughter could be separated from her friends in the fifth grade.

"These kids have been going to the same school for almost five years, since kindergarten to fifth grade, and then they'll be split apart. That's not a good idea," Vaidya said.

JCPS Superintendent Larry Linthacum said there have been many meetings to hear opinions and suggestions from the community. He said he understands the emotional ties to changing boundary lines for the public schools.

Linthacum said he wants to give residents a chance to voice their opinions on the options before making a final decision.

"We've kinda narrowed it to three scenarios. That's not saying  the final three scenarios, but we're  ask folks to poke holes and what they think is good and what's bad."

Linthacum said he anticipates to hold a first hearing on the issue during the July board meeting.

Ultimately, he said, the school board's goal is to ensure any school a student may attend can offer the same quality education.

Before the July meeting, community discussions will be held to go over the multiple scenarios.

The first community discussion will take place Tuesday, June 12 at Thomas Jefferson Middle School, from 6-7:30 p.m. The second will be on Wednesday, June 13 at Lewis and Clark Middle School at the same time.