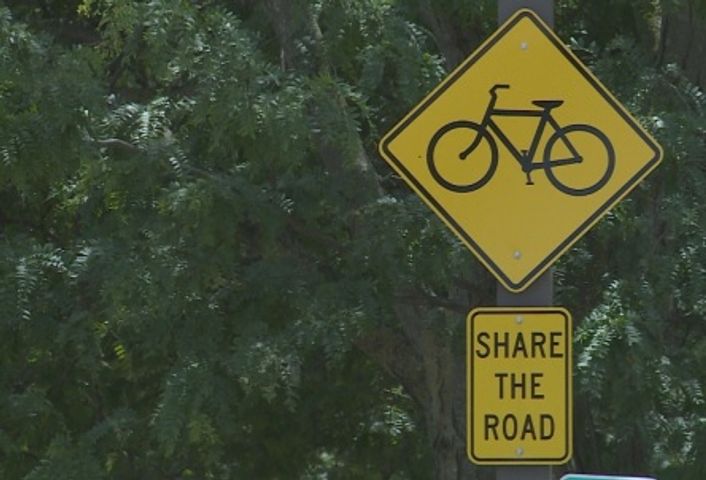 JEFFERSON CITY - The Jefferson City region is considering adopting its first ever pedestrian and bicycle plan.

The Capitol Area Metropolitan Planning Organization is hosting an open community meeting Thursday to get feedback on what citizens want to see in the new plan.

"There are more people biking and walking for recreation and more importantly, there's more people that that's their only transportation option is to bike and walk," Senior Transportation Planner Sonny Sanders said.

Sanders said certain parameters need to be in place for these people to feel safe on the roads.

"It might be nice to have more awareness of the motor vehicle drivers knowing that there may be a bicycle there and how to actually work with them on the road, and vice-versa," he said.

Though they have had some smaller committee meetings, Sanders said this is the first time the community will have the opportunity to give input.

The Missouri Bicycle and Pedestrian Federation said it hopes the plan includes adding a Complete Street Policy to the region. According to its website, a "complete street is one that is designed with all users in mind - motorists, pedestrians, bicyclists, transit users, the elderly, and the disabled."

"When working on a street, they need to consider all the users, not just the drivers," MOBikeFed President Rachel Ruhlen said.

CAMPO worked with Ruhlen during the planning process. Ruhlen said the Midwest is not known for being a bike-friendly area because towns typically don't have a lot of lanes that accommodate bicyclists and have terrible walk scores.

Walk Score is a private company that provides walkability services and apartment search tools on its website and mobile app. Users can type in any address and the website assigns a numerical walkability score to that city.

Walk Score gave Jefferson City a 24 and said the city is "car dependent." The website gave Columbia a score of 26, St. Louis a score of 60, and Kansas City a score of 32.

"A lot of it is lack of the facilities, the pedestrian facilities, or they're in poor repair," Sanders said.

Ruhlen said the Jefferson City area is in need of more bike racks.

"It's like if you have a car, and have no place to park," she said.

Ruhlen said CAMPO will adopt a pedestrian and bicycle plan after getting input from the community at the meeting and move forward. However, other counties and city agencies will have to adopt the plan before implementing any changes.

For more information on the plan, visit CAMPO's website. The meeting is from 3:30-6:00 p.m. Thursday in the John G. Christy Municipal Building in Jefferson City.