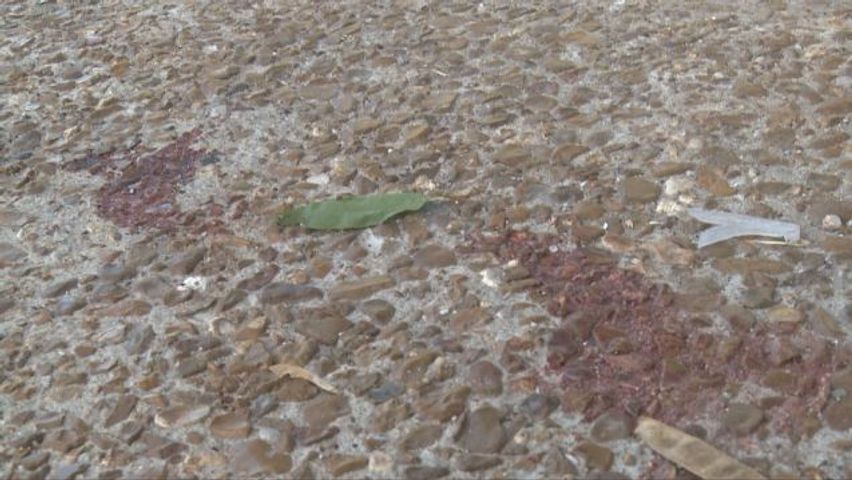 JEFFERSON CITY - Four people were shot in the 700 block of Madison St. late Saturday night in Jefferson City, and a suspect has not been found. Jamie Shephard owns Sheps Southside Restaurant near the location of the shooting.

Shepard said she and her son were closing the restaurant when they heard gun shots. Shepard called the police and said they arrived very quickly.

At 11:46 p.m., Jefferson City Police responded to the call. Police found multiple rounds had been fired and that four victims had been hit. Shepard showed KOMU the alley, next to Club LUSH, where she said the fighting began.

Blood stains are on a window of the building and the ground. She said she and her son drive through the alley to and from work. Shepard and a few people who live on the Madison St. said they're concerned about acts like these happening near recently renovated areas of the city. "It was sad because we're in a wonderful neighborhood, then you have silly people here in the alley making people look bad," said Shepard.

One man who lives a house away from Club LUSH said he heard the gunshots and watched police set up barricades on the street. He said paramedics responded to one man who was shot, emptying his pockets, then putting him in an ambulance.

Doanna Heather lives about one block from the shooting location. She said her daughter came home and told her that police were arresting a man in their front yard after the shooting.

Three of the victims were treated at a local hospital for their injuries and were later released. The fourth victim was transferred to a Columbia hospital, but the victim's injuries are not expected to be life-threatening.