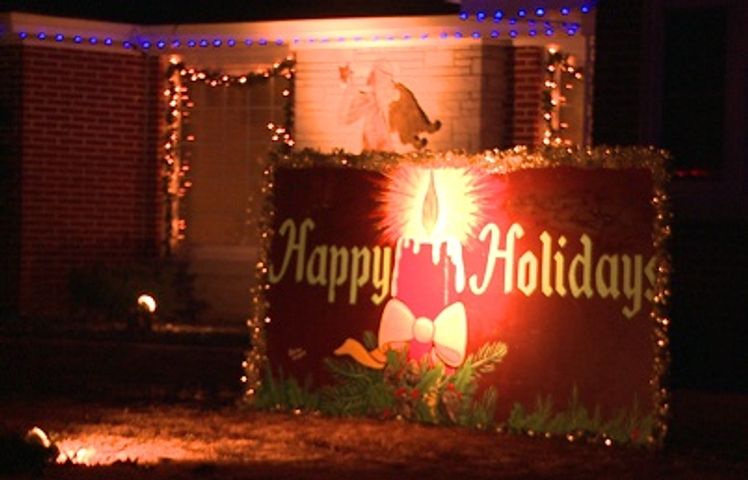 JEFFERSON CITY - A quiet neighborhood in Jefferson City found a new way to spread holiday cheer. Residents on Dixon Drive have decorated their lawns with life-sized Christmas cards for the past 56 years.

Dixon Drive was the first neighborhood in Jefferson City to organize a community Christmas display. It's a tradition the neighborhood is known for, so much so that it is referred to as "Christmas Card Lane" during the holiday season.

George Kastler and his wife moved to Dixon Drive in 2008, but they were very familiar with the neighborhood's reputation.

"I remember riding through the neighborhood to look at the displays back in '77," Kastler said. "At one point in time, the display was so popular that I could not even get down the street. There was bumper to bumper traffic."

Kastler said this year the amount of traffic depends on the day.

"I've been watching, and there's an average of one car a minute to a minute and a half. So you're getting 30 to 50 cars an hour. And that depends on the day. Some days there's hardly anyone, then all of a sudden the next night it's like they (residents) all heard, ‘oh did you go?' ‘No, I didn't go, let's go!'" he said.

The displays will stay up until after New Year's. Lawns light up from 5 - 10 p.m.