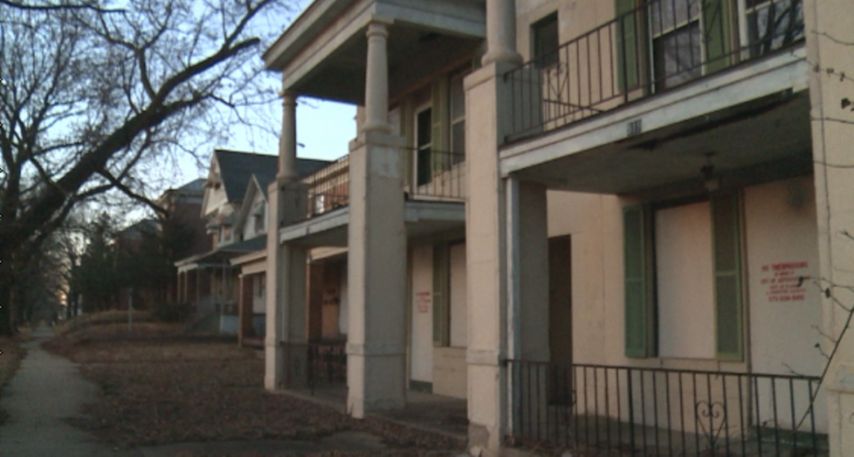 According to Executive Director of the housing authority Cynthia Quetsch, a blight study was done last summer declaring the area blighted. A blight study determines how much deterioration there is in the area.

Fifty-three properties fall under that blighted area. These properties were designated as more dilapidated, obsolete, unsafe or unsanitary.

"Certain properties were designated as to may be acquired, and so last week the letters were sent out to all those property owners giving them the opportunity to enter into an agreement with the housing authority or to renovate the property on their own," Quetsch said.

One resident of the area, Linda Buettner, was one of the property owners to receive a letter. Buettner said she attended the meeting to receive clarification of why she got this letter and what kind of agreement the city wants her to enter into.

"Well my thoughts are, I live in my house. Me and my husband, we raised two children there," Buettner said. "I work, we pay our taxes, we've never been incited for a code violation. A lot of places over there are falling down."

Buettner said the letter gave no specific details of what needed to be renovated on her property. She said she is aware that some things need fixing, but it's just a matter of her doing it.

The goal of the housing authority is to clean up the area and restore the Historic District and everything it stands for as a part of Jefferson City.

Property owners hoped to get answers from the city council and housing authority in order to move forward to either renovate their own property or settle an agreement with the city.

According to the housing authority, residents who received a letter have until Feb. 10 to respond, and then they have 30 days to come to an agreement. The housing authority said the renovation timeline will vary depending on the property and what needs to be fixed.