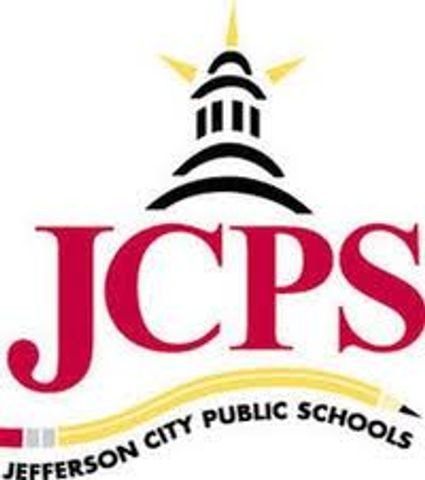 JEFFERSON CITY - On Tuesday night, Jefferson City residents overwhelmingly voted down a proposed tax levy and $79 million, 20-year bond issue that would have funded the construction and development of a new high school and elementary school.

Now, the Jefferson City Public School District (JCPS) will have to assess a new plan to address problems of overcrowding and aging infrastructure in the building, built in 1964.  Currently, grades 10 through 12 are in the school, while grade nine is located in the Simonsen Ninth Grade Center.

Superintendent Assistant of JCPS School-Community Relations David Luther said, "Our hallways (at the current high school) are based on the standard of 1964.  Simonsen Ninth Grade Center was built in 1914 for 525 kids.  We're not struggling with class size. We're struggling with overall space.  Our cafeteria is packed.  We had to go to five different shifts.  [Students] start eating before 11 and go after 1."

The school district's plan was to build the new school on a 115 acres, purchased for $3.1 million, at Highway 171 and Mission Drive.  It would have held grades nine through 12 in seven classroom buildings and would have had enough space for up to 3,500 students. Because the site is adjacent to the new St. Mary's Medical Center, "all of the infrastructure was already there--our sewage, gas, water--we won't have to pay for that," Levy said.

The school district had contracts with Lincoln University and Linn State Technical College to purchase different buildings of the property.  The new East Elementary School would have been located on East McCarty Street, and the old location would have become the new Miller Center.

Opponents of the plan, including a group called Citizens for Two Public High Schools, cited concerns about the large size of the proposed new school and instead have advocated splitting the district in half and building a second high school in addition to the current one.

But, Luther said the larger new school would have maintained the current 19:1 student teacher ratio and provided a cohesive high school experience that research suggests decreases drop-out rates.  He also said splitting the district into two could pose problems voters may not have foreseen.

"If you spend the money to do the renovations [on the current high school], plus the money to build a new high school, then your bond and your levy--bond in particular--goes up significantly.  If all things were equal, we would be talking about maybe $1.10 increase, as opposed to $.55," Levy said.

Tuesday afternoon, Levy told KOMU 8 News if the proposals did not pass, the school district would "step back, take a look at where we're at, then we'll come out and talk to our community about it and see what we're going to do."

Levy said the current kindergarten class at the elementary school is 797 students--students who will not be able to fit in the Simonsen Ninth Grade Center by the time they are high school freshmen.

The school district projected the new, singular high school was set for completion by August 2016.  Officials would not say what the new time frame is to come up with and implement an alternative plan.