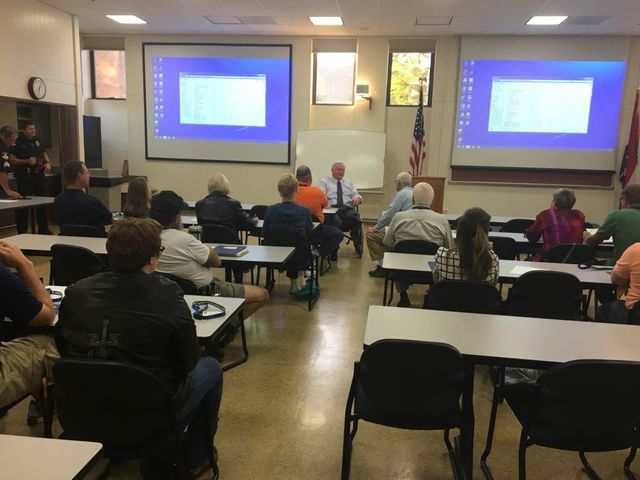 The 11-week program is open to all Cole County residents, and it is intended to "increase understanding and awareness through interaction, education and training," according to its website.

During the program, citizens will learn about all of the responsibilities of a police officer and be exposed to every part of the job, including a ride-along and a firearm lesson.

"They can learn the ups and the downs of being a police officer and learn what services we offer beyond just arresting people and writing tickets," Sgt. Joseph Matherne said.

Matherne said those who complete the course often have a better understanding of what police work is like and gain more respect for the job.

"If you don't build a solid foundation, then when something critical happens, there's a greater possibility that the community will turn on the police department because they don't trust them, they don't respect them and they don't believe in them," Chief Roger Schroeder said.

The program is free for Cole County residents, and there are five open spots remaining. Classes run every Thursday through December 12.