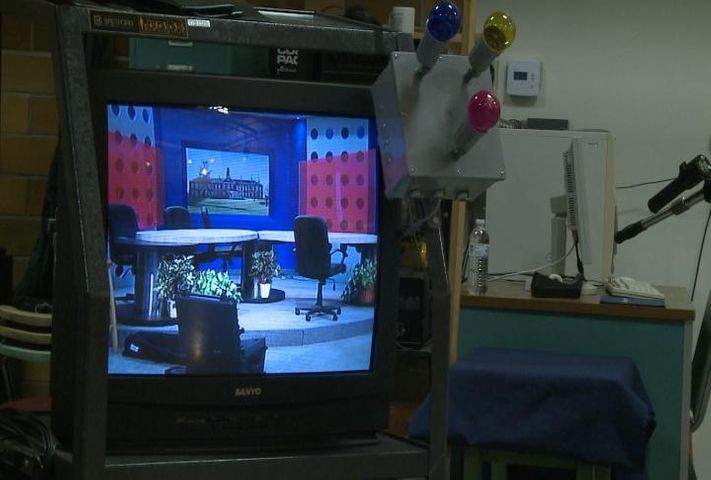 JEFFERSON CITY - Students and employees of Jefferson City Television are working on ways to come up with more than $100,000 to keep their station running.

The city's current funding for JCTV ran out in June. If the recent budget proposal is approved, funding for the public access channel will be cut altogether.

Station manager Gloria Enloe said, if that were to happen, the impact would be felt throughout the community.

"I think one of the most important things JCTV does is provide transparency in city government," Enloe said. "And without JCTV, that doesn't happen."

Enloe said she believes the money that would typically fund JCTV is instead going to the employment of a full-time finance director for the city, whose salary would equate to the six-figure budget of the station.

As part of the budget, the mayor proposed hiring one camera operator for $5,000 annually to cover city council meetings, which would then be live streamed online.

Enloe said television is an easier, more accessible medium that the community can learn from.

The station's community engagement goes even beyond the general public. JCTV's facilities are located on Lincoln University's campus, and Enloe said they are a vital piece of student learning.

"Obviously Lincoln University wants to keep JCTV up and running. It's a huge part of their curriculum," Enloe said. "We're also working with the high school on getting some TV, studio production classes taught there, so if JCTV's not around to help with that, the high school might feel an impact as well."

If JCTV were to have to close its doors, students, non-profits, and minority groups would no longer have an accessible, affordable medium to have their voices heard, Enloe said.

She and other staff members hope to come to an agreement with the city regarding funding, and get help from Lincoln University, as well as the general public, to keep things running smoothly.

"We're trying to show the city that, yes, we're a partner, yes, we're invested in this and we're going to do everything we can. And we're hoping that enough people on the city council see that and respond to that," Enloe said.

The next budget meeting will take place Thursday.