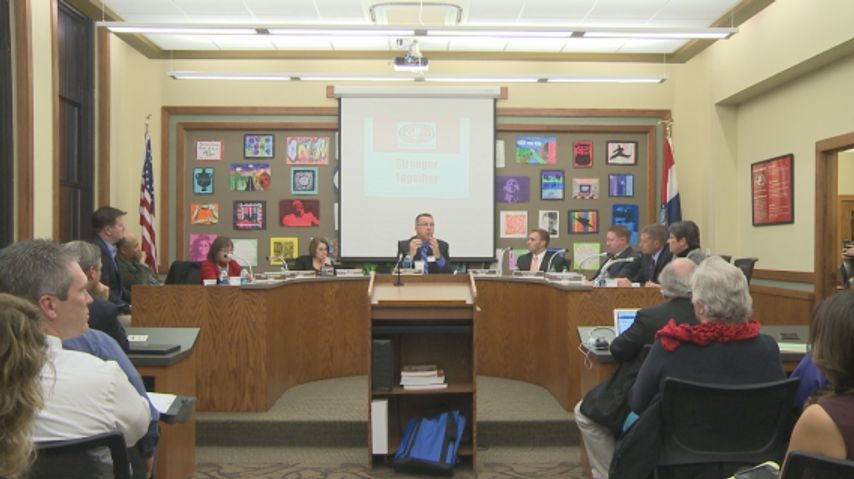 JEFFERSON CITY - The Jefferson City Public School Board of Education looked at a proposal Monday night for a bond issue that would allow for the construction and operation of a second high school.

JCPS has been dealing with overcrowding in its schools; based on 9th-12th grade enrollment the high school is the largest in the state. 9th graders are currently in a separate building.

Jefferson City Public Schools Superintendent Larry Linthacum presented a two-part draft of a bond issue during the board's meeting, a draft based off of recommendations by a planning committee.

"We're going to give an overview of the recommendation that was made by the long range facilities committee, they made a recommendation in November of 2014," Linthacum said.

The draft was split into two parts, one focusing on construction and another on operations.

The school board has discussed the possibility of a second high school since the 1980s. One board member said now is the time to act.

"It was identified a long time ago that when the 5th grade class reached a certain size that was the time to do something because our secondary facilities would not be able to accommodate them by the time they hit high school," board member Pam Murray said. "That 5th grade class that broke that threshold is now in 6th grade."

While there were community members that came to the meeting to speak in favor of a second high school, Murray said there are some people who oppose it.

"I think some people in the sports tradition or, you know we have a wonderful band and choir, I don't think that they want to break up," she said.

To decide if the bond issue will go to voters, the board will vote on the bond language at their January meeting.