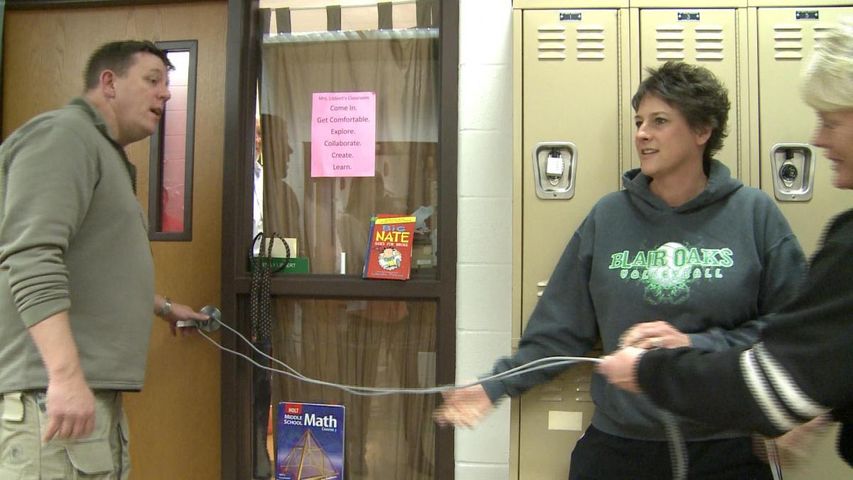 Teachers practiced barricading doors, learned diversion strategies, and listened to gun shots to make sure they could recognize the sound in an emergency.

Superintendent Dr. James K. Jones said the district participated in a similar training session about four years ago, and expanded that training during the most recent seminar. Jones said the school district is a safe place, but he wants to be proactive in preventing violent situations, and likened it to being prepared for a natural disaster.

"The one thing that I hear on many news reports is ‘I thought it wouldn't happen here' or ‘we just didn't think it would happen,' we're not going with that approach," Jones said. "We're going with the approach of when, not if and we're going to prepare ourselves to face as many of the various challenges that may exist out there. There is no fool-proof method, but we want to prepare ourselves the best we can to protect our students and our faculty and staff."

Brad Spicer, who led the session, said SafePlans, LLC developed a program called "intruderology" about three years ago that broadens intruder prevention strategies beyond putting schools on lock down.

Spicer said the training session is based on a Homeland Security mitigation strategy called the "run, hide, fight" system.

Spicer said involving school staff in the training is essential because school staff members are often the first responders in intruder situations.

The school resource officer at Blair Oaks said the school plans on holding teacher-only intruder drills in the future, much like fire drills.