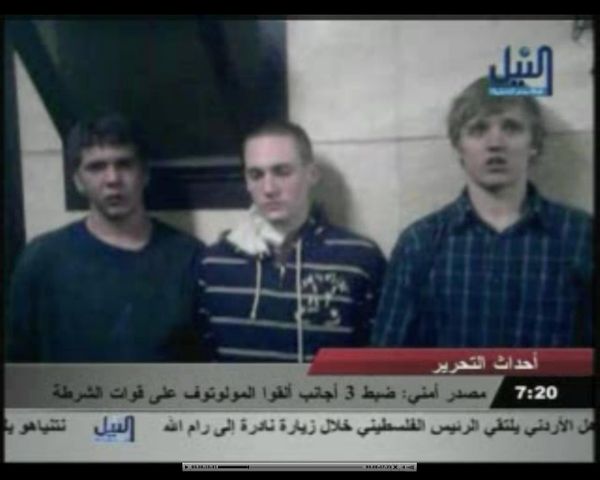 JEFFERSON CITY - A protest in Cairo lead to the arrest of three students from America, including one from Jefferson City.  19-year-old Derrik Sweeney was arrested for allegedly throwing Molotov Cocktails at security officials in Tahrir Square.  The students who attend the American University in Cairo are being held at the Apdem Courthouse in Cairo.

Joy Sweeney spoke with her son Monday, "He said, 'don't worry mom.  I'm safe, it's far away from where I am."

Kevin Sweeney, Derrik's father, said he thinks his son had no intention of being involved, but "When you are in a dormitory full of other students it's quite likely that a lot of passions were flowing through the room probably, and inevitably the next thing you know you get caught up in the hype."

The Sweeney's called the State Department in Washington, DC, and officials in Cairo.  "We were told by the embassy that we should not come over to Egypt that would do him (Derrik) no good," said Joy Sweeney.

The Sweeney's say they are optimistic, because Derrik is considered a minor in Egypt.