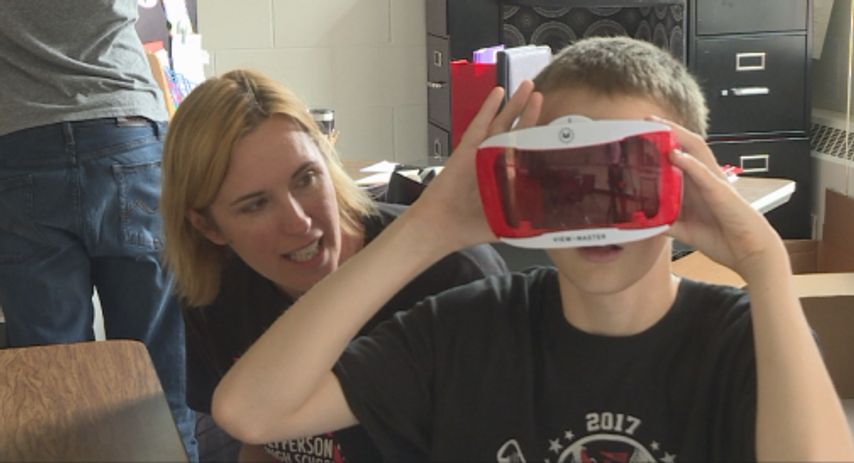 JEFFERSON CITY - Teachers at Jefferson City High School worked together to give students a science experience from a new perspective.

On Wednesday, May 9th, JCHS gave one classroom the chance to use virtual reality headsets to see science in a more visual way.

The JCHS science teacher Jackie Johnson received a grant from Jay Pride Alive, the JCHS Alumni Association, to purchase the headsets for her classroom. Johnson said she didn't think she was going to receive the grant because she heard back much later than expected.

"When they came in my classroom and told me I legitimately screamed and jumped for joy," Johnson said.

The lesson was intended to improve student writing and communication skills.

"The possibilities are endless, kids can learn about content they can go just based on interest and go to places they didn't think they could ever see before," Johnson said.

Johnson and Whelan worked together on this lesson, an experience Whelan said was important to her students.

"I'm just really overall overjoyed like one of our students who is non-verbal started tapping his foot and was just rocking because he was just so excited. I had the kids write emails and to them to know oh my email invited this person, my email did this so they could see their work has purpose," Whelan said.

Johnson plans to incorporate the headsets into more science lessons in the future.