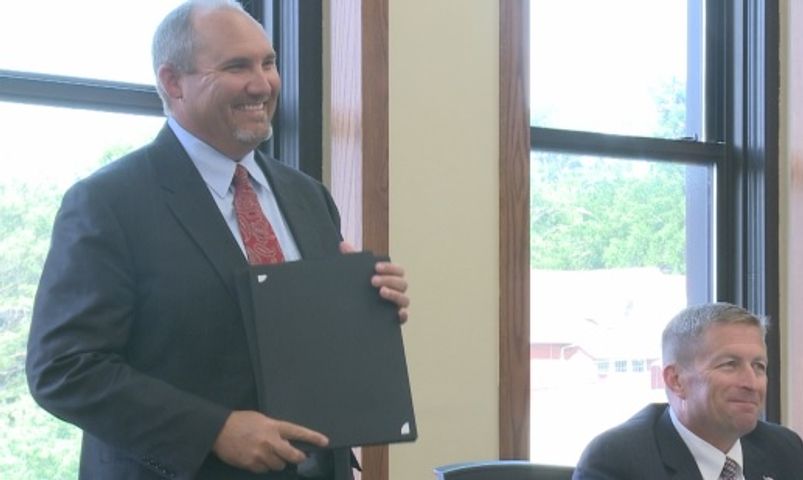 The board named Larry Linthacum the new superintendent in December.

Mitchell began his work in education as a elementary teacher and worked his way up to principal, before taking the JCPS superintendent position in 2009.

Under Mitchell's leadership, the district received national recognition for its early education and mentorship programs. The mentoring program, JC Champions, is described on its website as a program that "pairs community members with students who may benefit from additional adult support in developing character traits needed to be good students and citizens."

"I'm proud of the conversations that we're having now around facilities and with our enrollment growing over the last six years," Mitchell said.

In 2013, the district's attempt to fund a new elementary and high school failed after Jefferson City residents overwhelmingly voted down the measure.

"It wasn't successful, but we certainly initiated the conversation around the fact that we are definitely out of space," Mitchell said.

At Monday's special open work session, board members once again discussed the crisis for space in the crowded district. Mitchell said he's confident that ongoing work will culminate in a successful bond and levy issue that will give students and staff the space they need. Mitchell said the district needs at least one, if not two new elementary schools to account for overcrowding.

"I think the need is certainly real, and I think that we will get there, and we'll get something passed," he said.

Mitchell said the thought of his last meeting is bittersweet.

"You don't spend 25 years doing something that you love and not have some sadness seeing that day end," he said.

Mitchell said he expects the board and the new superintendent to continue doing great work.

"I think that what he'll find is that it's a very generous community and a community that has high expectations, and I think he does as well," he said.

Mitchell is leaving his position to work at a new international startup, Greener Planet Systems. Mitchell said though the company will be headquartered in Des Moines, Iowa, there will be a local presence in Missouri.

Linthacum will start work as superintendent on July 1.