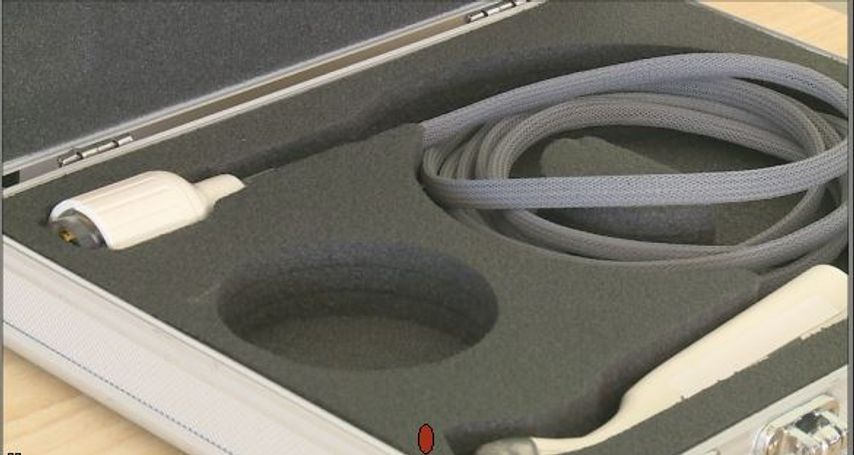 JEFFERSON CITY - Residents filed into St. Mary's Hospital Thursday night for the start of Breast Cancer Awareness month and hear about the latest advances in prevention and treatment.

Among the speakers was Dr. Jonathan Roberts, a Jefferson City Medical Group (JCMG) surgeon. Roberts was the first surgeon in Missouri to use new technology called Marginprobe to detect a cancerous lump from a patient's breast in March of this year. Roberts goal of his presentation was to educate the public and prove cancer can be overcome.

"When someone gets a diagnosis of breast cancer it's terrifying, and sometimes when you're terrified you can't think straight," Roberts said. "If you get a plan, you get informed. When you're informed you find out it's not so scary after all."

MarginProbe is a new device surgeons are using to detect cancer before or during surgery not visible to the eye. Getting all the cancerous tissue out the first time can prevent second and third operations. Data showed that the new device cut these second trips in half.

Roberts said with standard treatment, 20 to 50 percent must return because the cancerous tissue was not fully removed, which sometimes leads to mastectomies, the removal of the breast. The new device aims to not only limit mastectomies, but save patients thousands of dollars and precious time. He said preventing additional lumpectomies and a masectomy could save a patient up to $400,000.

Roberts said he saved his first patient from multiple operations because of the technology.

"It looked like we got it all out, but the MarginProbe told us there was cancer on the edge," Roberts said. "When we got the final report, the cancer was much more than the MRI showed. Had we not used the MarginProbe her second operation would of failed and she would of ended up with a masectomy."

Several other doctors spoke at the event about topics ranging from screening to chemotherapy.