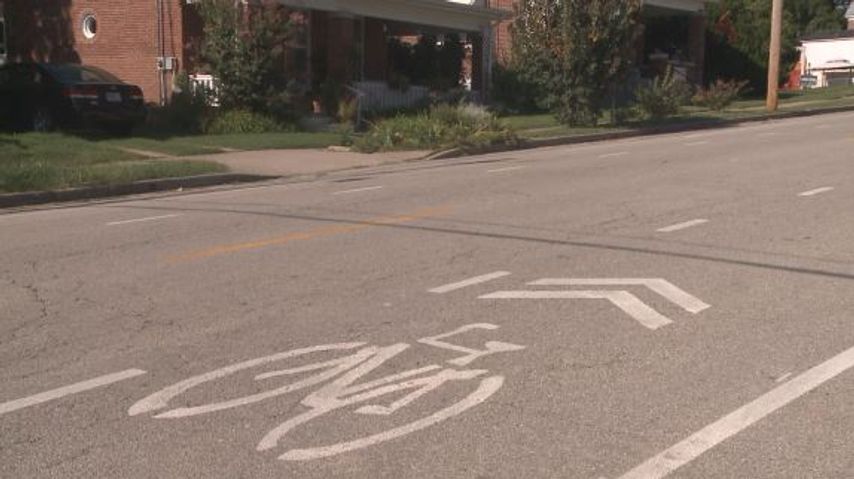 The bikeway is a new concept because it is what Public Works is calling a shared bike lane. That means cars are allowed to drive in the marked bike lanes when bikes are not present.

The shared lane idea happened because the initial plan was to remove parking on part of Bolivar Street, and many residents did not like that. The shared lanes allow the parking spots and the street to stay the same width.

The city’s greenway system includes a bike path that the Parks and Recreation Department updated in 2007. City Engineer David Bange said this bikeway is a way to unify two popular bike paths in Jefferson City.

“With the installation of these bike lanes, we’re hoping to add that just a little bit of extra comfort that would actually allow someone to get on the greenway trail from their house and ride that all the way across the river and get to the Katy Trail,” he said.

Bange said the new lanes are for bicyclists’ safety and peace of mind.

“It sort of defines for the cyclist and the motorist both, this is the area that you’re most likely to see a cyclist,” he said. “It brings some greater attention to the motorist’s point of view, and certainly for the cyclist psychologically we believe that it will allow them the feeling that this is my space and I don’t have to fight for this space.”

He also said the city will have to implement an educational process for residents since it is a new system, including putting up more signs and distributing brochures.

Bange hopes the Bolivar Street Bikeway will expose residents to the new concept so the city can use the same system on other streets.

The ribbon cutting will take place at the corner of Bolivar and McCarty streets at 9 a.m.