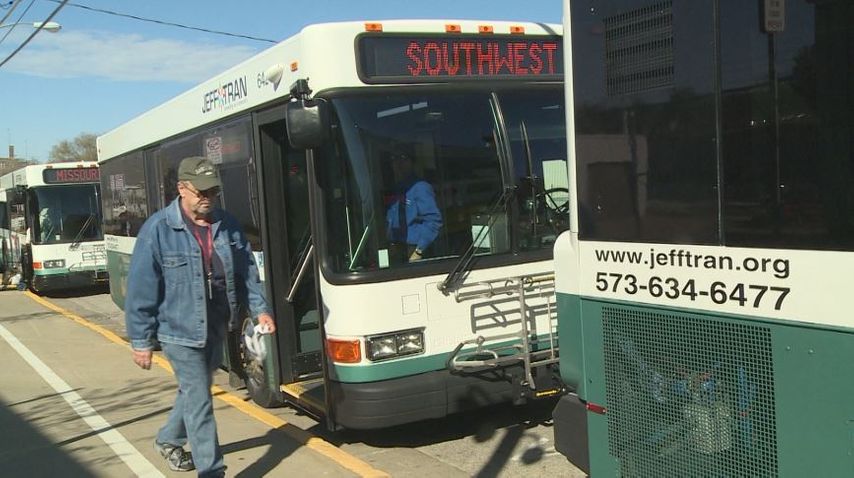 JEFFERSON CITY — The Jefferson City Public Transit Advisory Committee met Tuesday to hear concerns from a resident and discuss changes and updates to the transit system.

Jefferson City resident Tiwan Lewis said some people have to walk to or from work because buses don’t run at certain times.

"The buses are not running like they should to make the community thrive," she said.

"Money, money, money. Where do we get the money?" Henry asked.

The buses do not run after 6 p.m., and committee member Wayne Lee said Jefferson City is the only capital city in country with operating hours like that. Lee said he believes the city should be able to find the money since public transit is a vital part of the community.

Another complaint Mark Mehmert said patrons often make is the complexity of the current system, but he said there are many updates in the works to deal with that.

One of the updates is automatic vehicle locators, which are GPSs on the buses that will allow customers to see where the buses are. Customers can go online or on an app or text a number to find out when a bus will arrive at a certain stop.

Mehmert said the locators should help people in the trip planning process.

“What time will the bus be here; how long will it take me on what bus; which bus do I need to catch next to get to my destination? All those things will be stepped out very GPS-like for a person with either a smart phone or on a desktop,” he said.

Mehmert announced at the meeting that the preferred vendors for the locators is DoubleMap, the same one Columbia uses.

The new systems will also include passenger counters that will help the transit department allocate resources, and automatic voice annunciation that will help people with hearing disabilities know where the buses have stopped.

Mehmert also said there will be several new shelters at bus stops around town and that people will soon be able to buy all-day passes for $3.