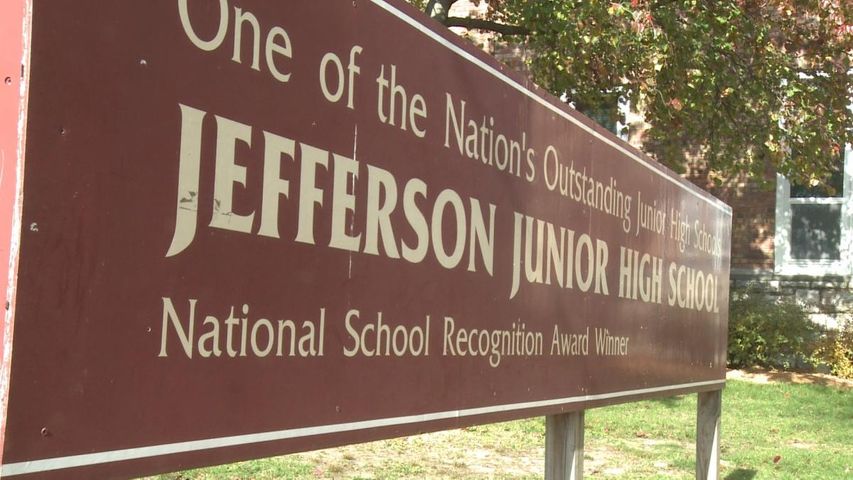 COLUMBIA- It was just a normal day at cheerleading practice for eighth-grader Cindy Robb until she heard someone yelling, "help" in the parking lot near Jefferson Junior High School.

"The woman came across the street running, she was bleeding from her head and blood was all over," Robb said. "I brought her inside with my friends and I said, 'wait here with my friends. I'm going to find some help and some towels.'"

Robb ran from classroom to classroom looking for teachers to help and finally found a staff meeting.

"I asked them please come with me and help me," Robb said. "My brain was going one thousand miles an hour. I was just going on the loudest thought in my head and I followed that."

The police were contacted and Robb sat with her cheerleading squad until the police came, noting it was scary because the alleged robber was still outside, as were Jefferson Junior High School students who were participating in extra-curricular activities.

"I told the teachers we really needed to get everyone inside so nothing else would happen," Robb said. "It was weird. I saw [the robber] outside."

School officials put the school on temporary lockdown at 3:30 p.m.

Robb's father, Matthew Robb, says even though the situation was scary, he is proud of his daughter for responding so well during an emergency situation.

"I've always taught the kids to stand up for the right thing and to help people in need as much as you can," Matthew Robb said. "I'd like to think that she maybe heard that and reacted to it the right way."

Marshall, 17, turned himself in Wednesday evening and was arrested under suspicion of robbery and assault. The victim was treated and released at a local hospital.

"It was a thoughtless act. You automatically think of the person in need and not yourself in danger," Matthew Robb said. "I guess that's what courage is."

School officials told KOMU Thursday they're planning on stepping up security after the incident.