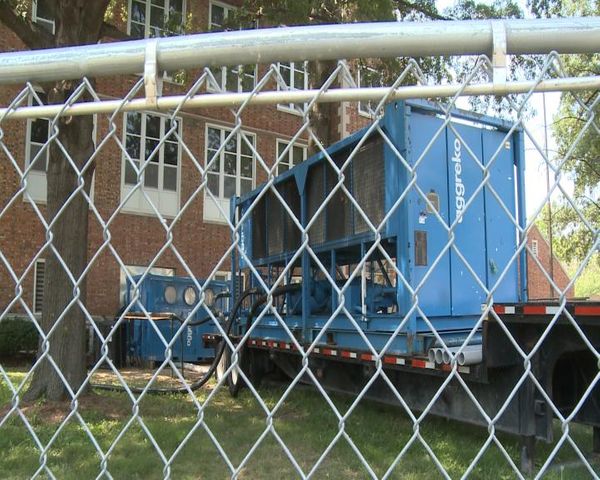 Just a few weeks before school started a large mobile air processing unit was installed to keep the non-air conditioned part of the school cool. But walking through the halls you wouldn't be able to tell the difference.

Even with this week's high temperatures students and staff say the mobile unit is doing it's job, even a little too well for some.

"Yea, I was a little bit cold today and yesterday, I was almost going to bring a jacket but I didn't," 8th grader, Jack Roush said.

But the school wasn't always so lucky.  Principal, Greg Caine, says the heat even got to the teachers.

"It wasn't uncommon to walk up to a third floor class and the teacher looked like she just jumped in the pool with her clothes on because they've been sweating all day, it isn't good for them and it's not good for the kids," Caine said.