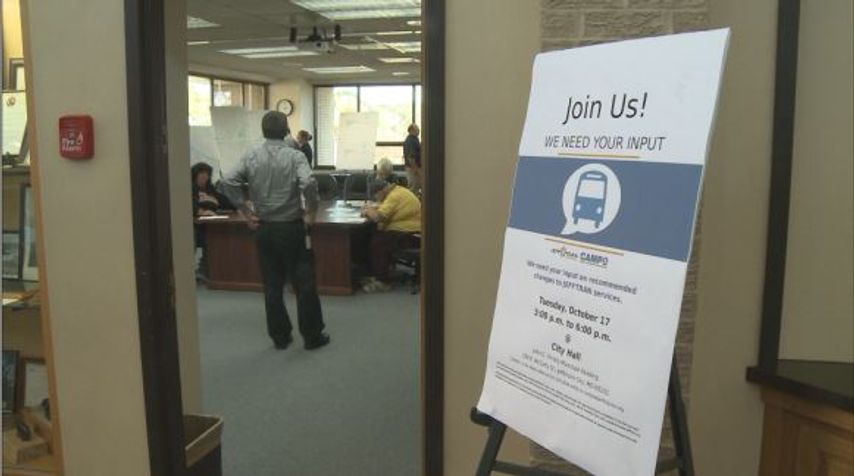 Michael Grovak, Lochmueller Chief of Transit Planning and Economics, said the group analyzed the system since February through public input, in-person and online, and technical data.

“Right now, the last bus leaves the transit center at about 5:20 p.m.,” Grovak said. “There is no Saturday service. The online survey – 90 percent of the people either said the greatest need was weekday evening or Saturday service."

Handi-Wheels, the city’s service for transporting disabled passengers, was about 40 percent of the system’s operating expenses between 2011 and 2015, but there is an average of only 200 riders per day.

Lochmueller said 13 percent of JEFFTRAN’s funding should shift from the service to improvement efforts for fixed routes. Riders would also be recertified to ensure those eligible under the Americans with Disabilities Act are offered service, and those who are can get free fares on fixed routes.

“Even though we figured out that might affect 20 to 30 percent of the users, because that service is so expensive to operate compared to fixed route service, it would pay largely for the Saturday and weekday evening service that we mentioned,” Grovak said.

Wynee Lee uses the Handi-Wheels service because he has epilepsy, but he agrees with the idea of giving free fare to those who use fixed routes instead.

Grovak presented a potential future option of creating a “Choice Rider Plan” that could create two new rush hour routes, including one to Holts Summit. It would take more time to develop because it requires agreement between jurisdictions.

Information from the session will be presented at a Jefferson City Council meeting at a later date.