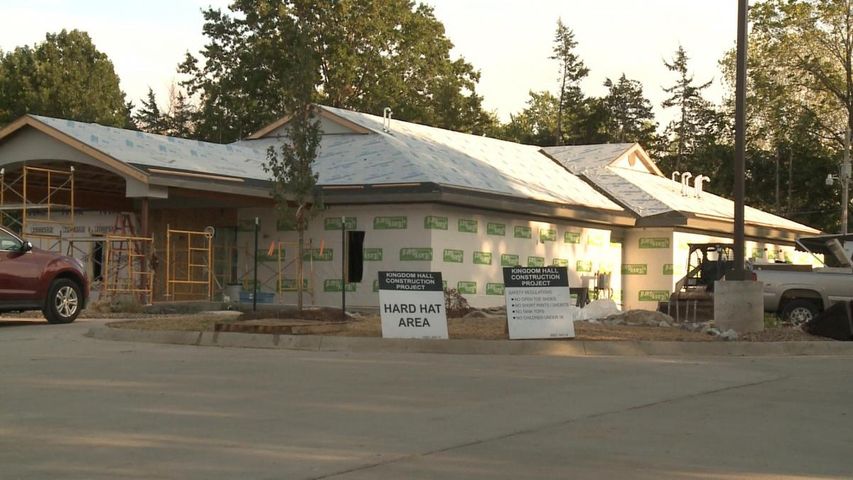 Construction workers said about 650 people will have worked on the structure by the time it's finished in a couple of weeks, and all of those workers are Jehovah's witness volunteers. Phil Robbins, chairmen of the Jehovah's Witness regional building committee said a few weeks is nothing compared to how these projects went in the 1980s.

"We used to literally get these buildings up in two days," Robbins said. "Since then we've put a real emphasis on training anyone. So anyone that wants to assist, we take the time to train them."

Robbins said the buildings are much more structurally sound with all of the training. And the trainees can be as young as 13, they just cannot actually be inside the actual structure until they are 16. Fifteen-year-old Rayleen Weed said she still has a great time working on the project.

"I love it out here," Weed said. "I get to make new friends and meet old friends. These people on the sights are my family basically."

Workers said volunteers have come all the way from Kansas City, a two-hour drive from Columbia, just to lend a hand on the project. Robbins said saving money on labor allows the congregation to spend more time spreading the word of Jehovah.