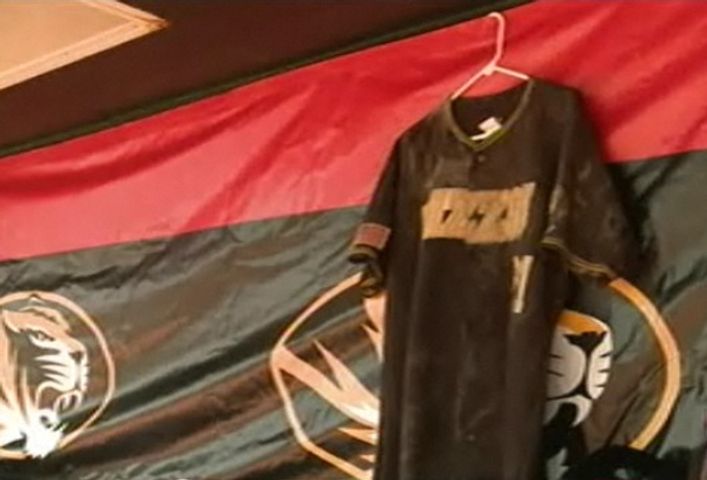 OKLAHOMA CITY - The Missouri Baseball team had its chance at a Cinderella story.  Seeded eighth, the Tigers only shot to continue playing into postseason was to win the Big 12 tournament.  The Tigers started strong upsetting number one seed Texas on Wednesday afternoon.  Thursday the Tigers won its second game against Oklahoma State and advanced to the semi-finals.  On Saturday, Mizzou had another rubber match with the Longhorns.  During the two semi-final games, a lone Missouri Baseball jersey traveled all the way from Joplin to inspire the Tigers. It was the only possession left from former KOMU reporter Brandon Spiegel's apartment after it was destroyed in the tornado that devastated Joplin.

Missouri Baseball Assistant Coach Dan Pietroburgo said it sent immediate chills running down his spine when he saw it.

"My thought was 'I gotta figure out a way to get that thing here'," Pietroburgo said.

MU baseball center fielder Ben Turner's father, Mark Turner, said he stopped in Joplin on his way to Oklahoma City from St. Louis to pick up the jersey. It was the only possession former KOMU 8 reporter Brandon Spiegel found, after losing everything in the tornado that ripped through Joplin.

"Brandon told me he went out to go look for his house and look for things there and he said the only thing that he found was my Missouri baseball jersey," Turner said.

Some say the jersey did just what the Tigers needed to do in the Big 12 tournament: survive.

But the jersey is connected to one particular Tiger. Before Saturday's game, Kelly Fick pitched 21 innings, his jersey number is 21 and MU beat Texas 2-1 to advance to the Big XII championship game. Fick said when they brought the jersey down to the team, it was the first thing he noticed.

"It's kinda cool to have that connection," Fick said.

Although Fick pitched the game of his life with the jersey hanging in the dugout, he said he took more than a win away from the game.

"You can't really take life for granted, you know baseball you gotta have fun at it, you're not gonna pay forever, you gotta take it day by day because you never know when tragedy is going to strike your family," Fick said.